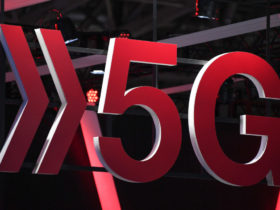 How 5G is causing planes to get into serious trouble

Google has announced its goal for this year. Under the banner “Better Together,” the American company wants to practically match Apple’s convenient ecosystem.

CEO Sundar Pichai’s company wants to achieve that goal by rolling out new applications. These apps, with the help of companies like HP and Intel, should integrate all of the company’s systems with each other.

Of course, the expansion also focuses on a better connection between smartphone and computer. Via Fast Pair it is possible to receive notifications and answer calls or messages. Just as you can currently do with Apple and its devices.

In addition to the expansion of Fast Pair, Nearby Share, an alternative to Apple’s AirDrop, is also coming to Microsoft’s operating system if all goes well. Through it, it will be possible to quickly and easily send files, photos and videos from your smartphone to your computer. And vice versa, of course.

By the way, Fast Pair is not the only functionality, and application, with which Google wants to achieve its goal. The company says it is also working on a technology for headphones, so they can easily switch connections between different devices. Something the Sony-WH1000XM4 is praised for, for example.

Furthermore, with Phone Hub Google wants to ensure that WhatsApp messages can be received directly on a Chromebook and consumers can view photos from their smartphone. Oh, and if you have a WearOS smartwatch on your wrist, it is also possible to unlock tablets and phones with that smartwatch. Handy, though!