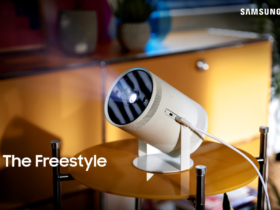 Samsung takes smart speaker to next level with The Freestyle

Snapchat now offers a new lens that allows users to learn sign language. It is a specific version of sign language, namely American Sign Language (ASL). The company calls the new lens ASL Alphabet Lens and is launching it in conjunction with SignAll, a company that builds technology that translates sign language.

In a blog post, Snapchat explains how the new lens was developed. The team responsible for it is made up entirely of people who are deaf or hard of hearing. Everyone also affectionately calls that team the Deafengers; a name made up of the word “deaf” (deaf) and the name of the Marvel superhero team.

The special Snapchat lens teaches users to spell their names in American Sign Language. In addition, they generally learn how sign language works and can play various games. So you can test your new skills right away. The screenshot below gives you an idea of the options. 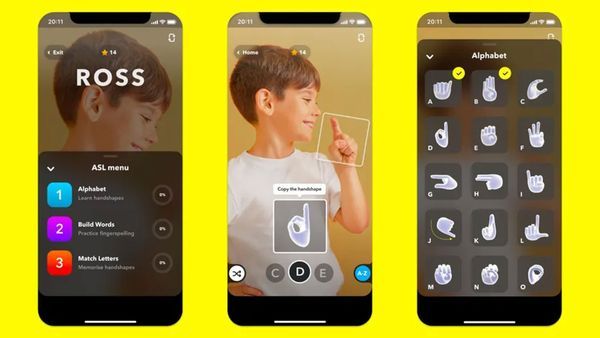 Are you reading this post right now on your smartphone and have the Snapchat app installed? That’s great: because if you’re interested in the lens, then you can try it out directly through this link. Once you click on the link, then the app will open automatically and you can immediately get started with the cool features of the lens.

For example, within Snapchat you can now learn the complete alphabet from American Sign Language. You hold your phone in one hand and perform the exercises with your other hand. You have to hold it properly in front of the camera, but the app explains all of that. You also get all kinds of tips while practicing.

Unfortunately, there is currently no universal sign language. Sign language can vary from country to country or region to region, just as it does for spoken language. For example, in the United Kingdom you use British Sign Language, which people with hearing impairments in the United States do not understand or have difficulty interpreting.