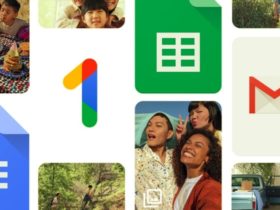 Exactly what the reason for it is doesn’t matter to us: Twitter is finally getting an edit button for tweets! With this, the social media platform fulfills the greatest wish of users ever. In fact, such a feature had been requested for years.

Users who have a Twitter Blue subscription will be the first to get the functionality in the coming months. After that, all users of the platform will be provided.

Remarkable, that is, is the timing of the announcement. This week it became clear that Tesla CEO Elon Musk had bought a large stake in Twitter. Just yesterday, he asked on the platform how many users need the ability to edit tweets. Over 73% of participants indicated they would like to use the feature and a day later the announcement is there.

According to the company itself, the two have nothing to do with each other and Twitter has been working on such a button for years. Remarkable, because back in 2020 CEO Jack Dorsey let it be known that the functionality will “probably never” appear.

now that everyone is asking…

yes, we’ve been working on an edit feature since last year!

no, we didn’t get the idea from a poll

we’re kicking off testing within @TwitterBlue Labs in the coming months to learn what works, what doesn’t, and what’s possible.

So Twitter’s mythical edit button is becoming a reality. We don’t know exactly how the functionality will work, but it is certainly not ‘Rocket Science’. As a user, you will soon be able to correct mistakes, without having to resend your tweet. As far as I’m concerned, a big improvement.

Why did it take so long?

“It’s the most requested Twitter feature in recent years,” VP of Consumer Product Jay Sullivan reveals in a statement. “Without paying attention to things like time limits, transparency and control, the functionality can be abused.” This, according to Sullivan, is why the functionality has taken so long to be released. “Protecting the integrity of an open conversation is a priority in this area.”

Over the past few years, the functionality that did not yet exist grew into a source of jokes. “Tweets, but editable” is now a household name on the Internet, and it came up regularly again during April 1. So it’s time to find a new joke and we’re only too happy about that.