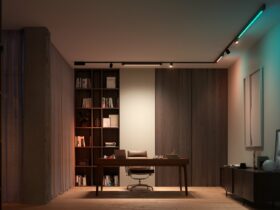 WhatsApp is the most popular messaging service today, while several chat apps claim their own share of the market. Apple’s app iMessage is obviously widely used by iPhone users. But if it is up to the creator of a new app, soon also by owners of Android smartphones.

We’re talking about an app called Sunbird. When you visit the website, it says very clearly: iMessage on Android. The app is still in beta right now, but it is intended to become a fully functioning iMessage app for Android. You don’t need an Apple device, desktop software or Apple ID for this.

Sunbird supports encryption, full-quality photos and videos, iMessage group chats, replies, tapbacks, typing indicators and receipt confirmations. And this is just the beginning if we may believe the creator, as Sunbird should unify many more services eventually.

Sunbird will soon allow you to send and receive messages via iMessage, WhatsApp, Facebook Messenger, SMS and MMS, plus services to be added later. The developer had to develop new technology to do this, but it solved “fourteen years of communication challenges.”

In addition to iMessage, Telegram, Discord and Signal will also be added

It is planned that popular apps like Telegram, Instagram Direct, Slack, Signal and Discord will also be included within Sunbird. The app should even start supporting RCS, a standard Google is working hard on. By the way, the company does not store anything on its own servers; in addition, all messages are encrypted (except SMS messages, because they do not support that kind of security).

Furthermore, Sunbird has ambitions to build a web app, but an iOS app is still pending for now. Should you be interested in this app, you can sign up for the waiting list. Invitations will then come later this month. The release of the app is scheduled for mid-2023.