After working hard behind the scenes on features for group conversations and Status, WhatsApp is tackling a major annoyance of users. Are typos a thing of the past?

The folks at WABetaInfo, a good source in this area, reveal that WhatsApp is doing exactly what Twitter has been failing to do for years.

WhatsApp puts an end to irritation

With the dozens of messages we send through WhatsApp every day, there are usually many typos that are made. In principle, not such a problem, but it is annoying that these are not easy to correct. Often people send a message after it with the necessary corrections. That should be easier.

Five years ago, WABetaInfo made it clear that WhatsApp would come up with a solution to the problem. The company behind the popular application would work on a functionality that would make editing messages possible. Unfortunately, this has never appeared until now. 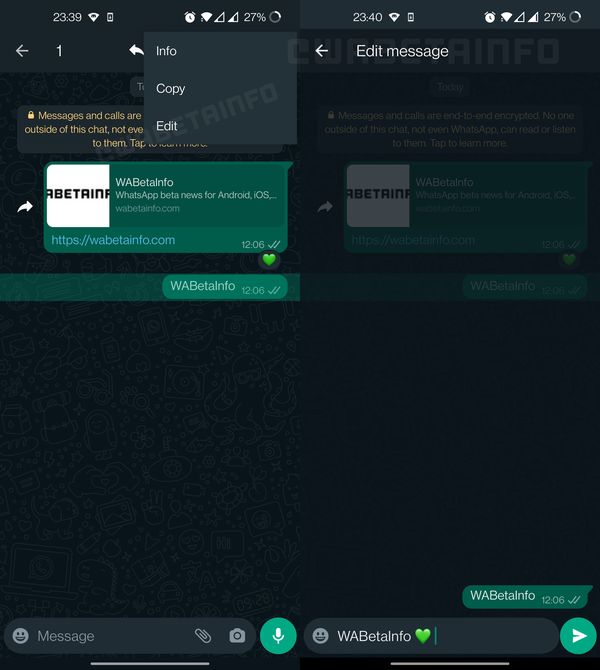 It now looks very much like this is about to change. In a beta version of WhatsApp for Android, the functionality finally shows up. It is expected that the same will happen soon for the version for iOS and desktop. As you can see above, after messages are sent, they are customizable.

After close examination, WABetaInfo can conclude that WhatsApp does not use an edit history. So it is not possible for other users to see what exactly has been changed on a message. Whether there will be work with a certain label to indicate an edit is not yet clear.

WhatsApp is still developing the functionality at this time. When everyone will be able to use it is impossible to say at this time.

As mentioned above, several new features have surfaced within WhatsApp recently. Not every functionality has appeared to date. For example, work is underway on adding a header photo, a functionality to eliminate peer pressure and a brand new application.

Want to stay up to date on recent developments? Then be sure to keep a close eye on this page. 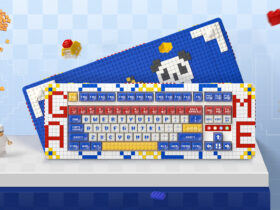