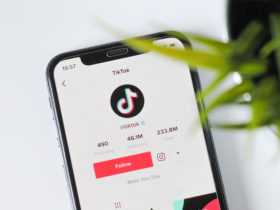 As of now, when you open the Twitter app on your iPhone, chances are you will find a different image than what you are used to. This is because the company has made a major change, which previously caused some controversy. At the time, the platform withdrew that cue, but now, of course, Elon Musk is at the helm.

So what exactly has Twitter done? Well, the company is once again rolling out the For You page layout as the default option for iPhone users. At the top of the app, there will now be two tabs: For You and Following. And tapping that second tab will open the page where you’ll find all the tweets from everyone you follow.

When you’re on the For You page, you also get to see all kinds of tweets from people you follow. But in between, you’ll also find messages, announcements, complaints and promotions from people you don’t follow or know. If you don’t want that, Following is the tab for you; there you’ll find all the tweets in reverse chronological order.

The “For you” and “Following” tabs replace “Home” and “Latest” and will be pinned to the top of your timeline so you can easily switch between them. Swipe to switch timelines instead of tapping the

Playing devil’s advocate for a moment, Twitter is making using the platform a bit more accessible with this. Because now you can change the timeline layout with a single swipe or tap. And that’s pretty convenient. Before, you had to press a button, at the top right, and then confirm your timeline choice.

Are iPhone users happy with this?

Previously, Twitter made a similar change that did not go down well with iPhone users. That generated a lot of controversy, causing the company to go back on that decision. The big question now is how those same iPhone users react to this change; initial reports are not all positive.

Still, the company wants to use this to increase engagement on the platform. By pushing personalized content forward, the company hopes that users will be active on the platform longer, just like on TikTok, for example. However, that idea doesn’t work on every social medium – sometimes it tends to backfire.