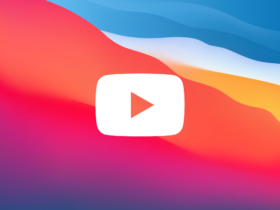 How exactly he came up with it we don’t know, but Elon Musk has revealed that Twitter’s existence is not in danger. At least, as far as the App Store is concerned. Last night, he spoke with Apple CEO Tim Cook.

At least that’s the story Elon Musk shared on Twitter. After posting a video from Apple Park, and thanking Tim Cook, the businessman reveals that there was a snappy misunderstanding.

Twitter not leaving Apple App Store according to Elon Musk

Earlier this week it became clear that Elon Musk was not very happy with Apple anymore. According to the brand-new owner of Twitter, Tim Cook’s company wanted to remove the application from the App Store. Reason enough for Musk to go on the attack in full force.

Was that necessary? In retrospect, no. It is revealed on Twitter that Musk visited Apple Park in California. At the headquarters, the Twitter owner spoke with Apple CEO Tim Cook about the platform, its future and the misunderstanding that occurred.

Thanks @tim_cook for taking me around Apple’s beautiful HQ pic.twitter.com/xjo4g306gR

“Good conversation,” Elon Musk announced. “Among other things, we resolved the misunderstanding about Twitter and the App Store. Tim was very clear that Apple never intended to do this.”

So the big iPhone competitor that Elon Musk wanted to produce is not going to happen either. The Twitter CEO previously let it be known that if Twitter were to disappear from the App Store and Play Store, he would have to do it himself.

In doing so, he also revealed that he does not hope for this scenario, but it could be a possibility. Now that all the problems and misunderstandings, at least with Apple, have been resolved, the smartphone probably won’t happen.

Not yet, because of course we are talking about Elon Musk here….