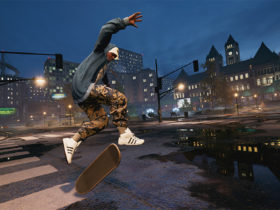 Are you a Nintendo Switch owner and love to play Mario Kart 8 Deluxe? Then Nintendo might have some good news for you. After the success of last year, the company is coming up with a new online championship.

Under the title Mario Kart 8 Deluxe – Seasonal Circuit Benelux gamers from the Benelux can compete online for honor and several nice prizes. Last year, thousands of Nintendo Switch gamers participated and had a lot of fun, so a follow-up competition is being set up.

This Saturday, the new competition for Mario Kart 8 Deluxe – Seasonal Circuit Benelux will begin. Nintendo states that they have listened to the feedback that gamers have given. As a result, a number of changes have been made. Now when you are in a lobby that is not completely full, the empty spaces will be filled by the CPU. This makes it easier to score points and thus ultimately win prizes. 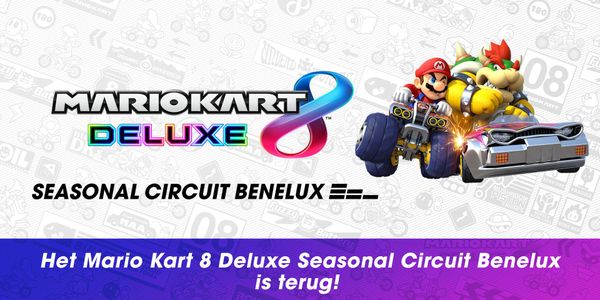 And there are several prizes to be won. If you complete 16 races during a cup, you will receive 50 Platinum Points. You can use these on the Nintendo Switch to receive unique rewards. Furthermore, there are 1000 Gold Points for the best 20 players of each Cup. You then spend these back in the Nintendo eShop for games and expansions. Finally, Nintendo promises that everyone Mario Kart 8 Deluxe Cup winner will receive exclusive merchandise. For example, during the Spring Cup you will receive a storage case with an exclusive design. 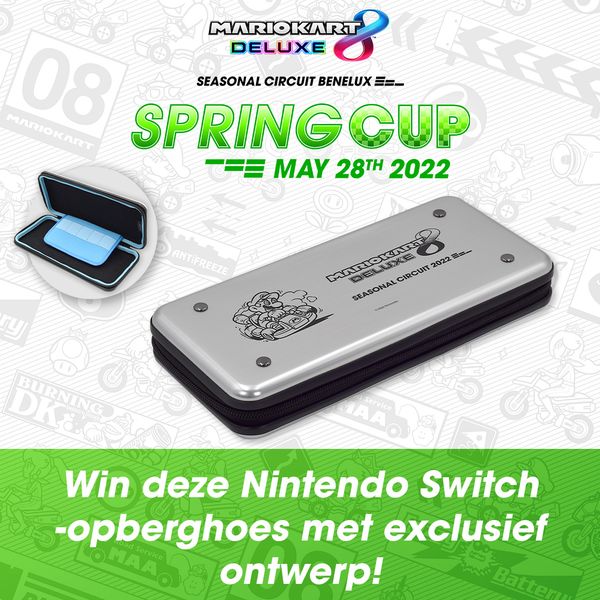 You can win this (Image: Nintendo)

How do you play along?

Well, hopefully you now feel like competing in the Mario Kart 8 Deluxe – Seasonal Circuit Benelux competition on the Nintendo Switch. The event will be held this Saturday from 7:00 pm to 8:00 pm. You can participate via the tournament code 3789-1590-4043. If you want more information now, you can do that too. Nintendo has opened a special website where you can find more information about this event.