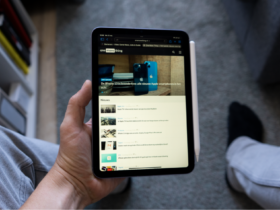 In addition to the new M2 MacBook Air, Apple also equipped its current 13-inch MacBook Pro with the new chip during WWDC 2022. How good is the new laptop?

The new M2 MacBook Pro is once again an excellent product, but mostly sows confusion. Next to the M2 MacBook Air and M1 Pro MacBook Pro, its position feels mostly uncomfortable. Why? I’ll explain!

To give you a good idea of the new 13-inch M2 MacBook Pro, after more than a week of use, I’m listing five reasons. I’ll tell you not only why you should get the laptop, but definitely why you shouldn’t. Here they are:

Whereas the M2 MacBook Air, the 14-inch MacBook Pro and the 16-inch MacBook Pro received a new design, the 13-inch M2 MacBook Pro has to make do with the 2016 design. There are plenty of consumers who are fans of it, but compared to the rest of the offerings, it brings with it some drawbacks besides looks.

It starts with the fact that consumers get a less-than-perfect display. The M1 Pro MacBook Pro features a 14-inch Liquid Retina XDR display with ProMotion, a resolution of 3024 x 1964 pixels and a pixel density of 254 ppi. The new 13-inch model features a Retina display with a resolution of 2560 x 1600 and a pixel density of 227 ppi. Professionals looking for the best possible display are therefore making a concession with this model that they do not have to make practically. 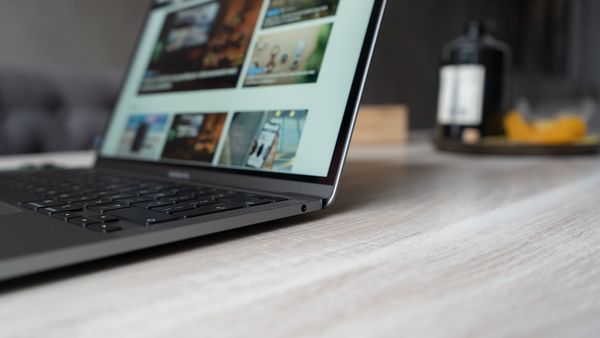 So not only do you have to deal with a lesser look, but also definitely lesser ease of use. You could argue that the Touch Bar is the only advantage in this area. Provided you’re a fan of that as a consumer, of course.

By the way, the story gets more interesting when you look at the raw performance of the 13-inch MacBook Pro. Whereas a small 10% improvement can be seen in the CPU area, this model will make the difference mainly with the GPU.

Compared to the standard M1 chip, the new M2 chip provides an improvement of about 35%. This can be quickly seen in programs like Final Cut Pro and Premiere Pro, but also certainly when playing games. So professionals who have had their eye on the M1 model up to now can really get their money’s worth here. 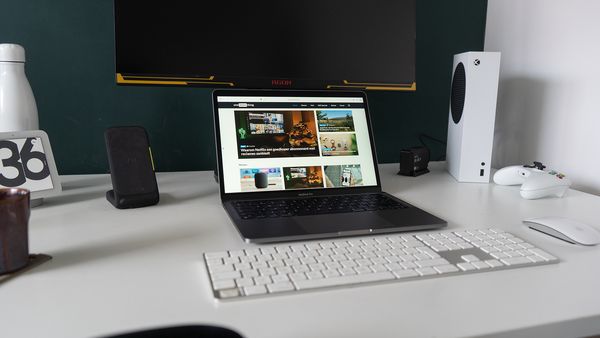 So while the M2 MacBook Pro is generally fine on the inside, the entry-level model seems to be running into problems. After several tests, it becomes clear that this model has lower read and write speeds compared to the same models of the previous generation. It simply loses out to the M1 MacBook Pro.

That does pose a problem for consumers looking to snap up the cheapest variant of the M2 MacBook Pro. We go into a little more detail about that in the article above.

In terms of battery life, the M2 MacBook Pro doesn’t seem to make any big strides compared to its predecessor. For example, you can still watch 20 hours of movies on a full charge and 17 hours of wireless web browsing. The only difference in this area is that you can now charge the laptop with an adapter with 67W power. With the previous model, 61W was the max.

Looking at the other models on offer, however, the story gets a lot more interesting. The M2 MacBook Air, for its part, offers 15 hours of wireless web browsing and, on a full charge, allows you to watch movies for 18 hours. The M1 Pro MacBook Pro offers 17 hours in that area, where it can do 11 hours of wireless internet. 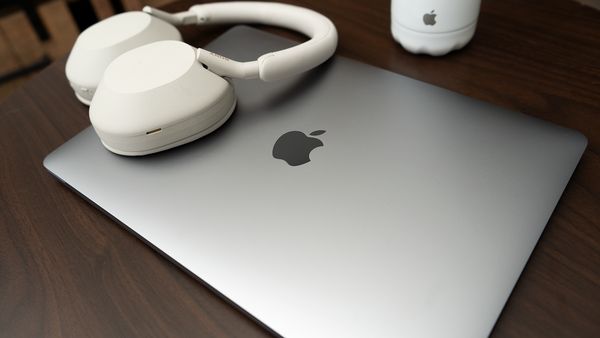 The last point focuses entirely on price. There is, in fact, not that much wrong with that. The M2 MacBook Pro, with a suggested retail price of €1504, is the cheapest Pro you can buy right now. But then again, what does that say?

For €100 less you can get the, almost, equally powerful M2 MacBook Air. A laptop that does have a brand new design and whose biggest performance difference is the fan.

So if you really want to go for more processing power, you quickly end up with the M1 Pro MacBook Pro. This laptop can be purchased with a minimum of 512GB which, compared to the same storage capacity, makes it less than €300 more expensive. A sum for which you get more connections, a better display, four additional GPU cores and twice as much central memory in return.

Yes, the M2 MacBook Pro is once again a masterful device. However, the big question is for whom the laptop will be of interest. Most of the target audience will be perfectly fine with the M2 MacBook Air, where the real professional would be better off venturing to the M1 Pro or M1 Max MacBook Pro.

You won’t go wrong with the M2 MacBook Pro anytime soon, but there are really better options to be had in Apple’s offerings at the moment. Unless you’re totally in love with the design of this 13-inch model and the accompanying Touch Bar. Otherwise, I really don’t see any reason why you should get this model in your home at the moment.