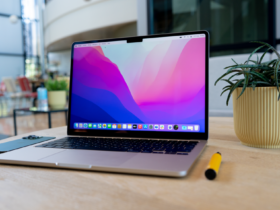 The Apple Watch Series 8: a rock-solid smartwatch with little difference from its predecessor. A familiar story we’ve been hearing for a few years now. Year on year, the steps are small, but it is not the annual switchers on whom Apple focuses its attention.

In fact, the goal is to get by with a product like this for a few years. Then, when the time arrives to leave your Series 3 or Series 4 behind, you’ll be completely surprised at what the new model has to offer.

That’s exactly the story of the Apple Watch Series 8.

By the way, don’t get me wrong: the step from the Series 7 to the Apple Watch Series 8 is bigger than the year before. However, that has nothing to do with the design, which has remained practically the same.

You have the same 1.9-inch OLED screen with Always-On, the same resolution of 484 x 396 pixels and pixel density of 326 ppi. The Watches are the same size, but the weight of the Series 8 is just a bit higher and the glass is slightly stronger.

Consumers have virtually the same choices in terms of design as last year. 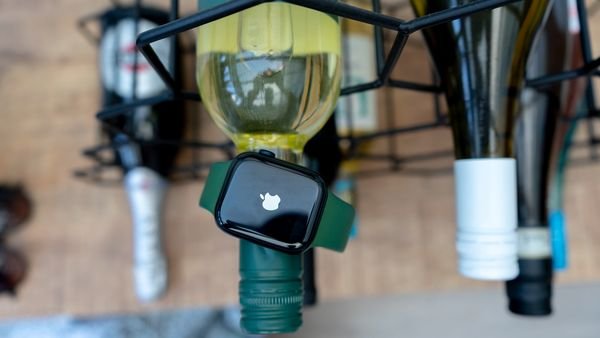 Difference under the hood

Under the hood, by the way, does determine the size of the step. In addition to the new S8 chip, Apple also unpacks the new sensor for measuring body temperature.

This allows the Apple Watch Series 8 to better determine the quality of your sleep within the sleep meter. For example, by measuring how deeply or lightly you slept. Ideal, but that’s not its greatest strength.

Apple is introducing a way for women to better monitor their menstrual cycle with its new sensors. Combined with the Health app on your iPhone, you get more insight into your monthly cycle. I personally have not been able to test the functionality, as I don’t get my period. But the stories surrounding the functionality are purely positive.

The second major addition is that of Crash Detection. Through various sensors and components, the Apple Watch Series 8 will detect when you have had an accident. Think of it as the fall detection, but more advanced and important.

Once the smartwatch detects an accident, it immediately calls emergency services. Upon detection, the consumer has some time to turn it off before the services are actually called.

What about Low Power and watchOS 9?

The Apple Watch Series 8 runs on watchOS 9, and that brings with it some benefits. For example, the smartwatch carries with it a Low Power mode, which can stretch the battery life up to 36 hours.

That’s impressive, but no better than what the Series 7 is capable of. The smartwatch, like the Series 6, Series 5 and Series 4, is eligible for that update. The result: exactly the same battery life when in active Low Power mode and a bunch of new features. 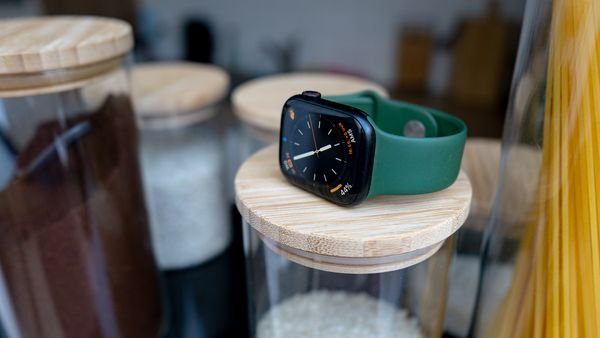 If you compare the Apple Watch Series 8 to the 2018 Series 4, by the way, it’s a very different story.

The Apple Watch Series 8 case no longer comes in 40mm or 44mm, but 41mm and 45mm. The 1.78-inch display without always-on makes room for the 1.9-inch model with the functionality. The pixel density may be the same, but the resolution differs significantly.

Add in the addition of the Compass app, Ultra-wideband support, Bluetooth 5.2 (ipv 5.0) and the larger 308mAh battery (Series 4 had 292mAh) and you can see that the move is big. 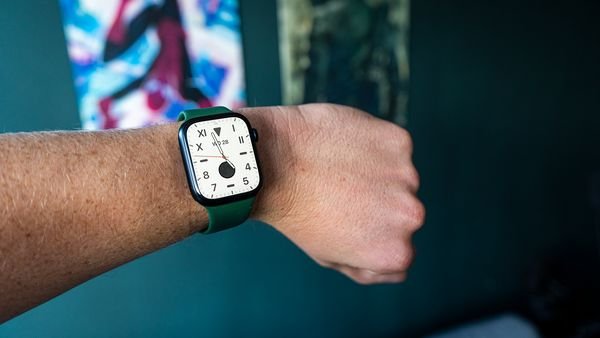 When you consider that the Series 4 has been around since 2018, the size of that step is not too bad, by the way, but it is worth it. Especially when you have a Series 3 in your home.

And so we return to where this story began: the Apple Watch Series 8 is a fantastic upgrade after all these years. Do you own a Series 5, Series 6 or Series 7 and is it still performing heartily? Skip this new model.

The step is simply too small and the price too high to trade in your current smartwatch. No matter how good that Series 8 is. 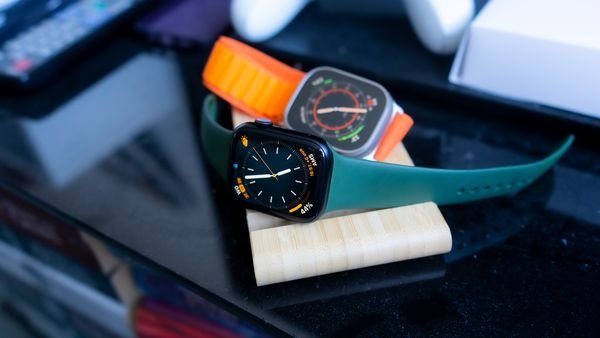