Airline companies in the United States are warning of problems that the rollout of 5G could cause near airports. The companies expect “catastrophic disruption” when transmission towers with the new mobile network are too close to an airport. The government would have to intervene.

The disruptions apply to equipment on airplanes, requiring them to be grounded. This would prevent eleven hundred planes from taking off, forcing more than one hundred thousand people to postpone or cancel their trips. Transmission towers must be at least three kilometers away from an airport, the companies said.

5G and the disrupted air traffic

The radio waves of 5G are supposed to provide a more stable and faster connection for all devices that support the network. But the airline industry is now claiming, therefore, that there are side effects that affect aircraft equipment. Verizon and AT&T have therefore decided to delay the rollout by two weeks. 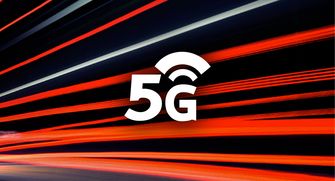 The signals could potentially affect an aircraft’s altimeters. That’s an altimeter, which allows pilots to see how far away an aircraft is from the ground. Then when there’s a disturbance on the line, a pilot can’t do his job properly. And that can be catastrophic indeed, especially in areas where it is often foggy or raining.

So telecom providers in the United States proposed several measures earlier, in November. As a result, transmission towers need to give effect to measuring instruments in an aircraft. For example, they can lower the power level and maintain tighter restrictions around airports.

For now, at least, it has been decided not to install any transmission towers around airports using C-Band 5G for the next six months. What will change in the future is hard to tell at this point. Hopefully, it won’t make pilots’ jobs more difficult because we necessarily want faster internet.