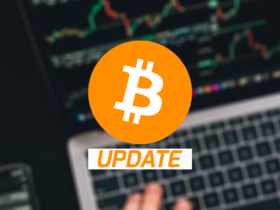 With the advent of Bitcoin came, of course, a Bitcoin logo. There are a number of specifics to share about logo that are not very well known. therefore, we list five facts about the iconic logo that you probably did not already know.

The first Bitcoin logo was not the famous Bitcoin logo you see in the title image. In fact, the first logo for Bitcoin was designed by Satoshi Nakamoto in 2009 and was a very “common” design, as you can see below.

It was noted on the BitcoinTalk forum in 2010 that Bitcoin could be a success. Calls came for a new logo.

2. Even the second logo was not yet the logo we know

From several suggestions, Satoshi Nakamoto designed a new logo. There, for the first time, we see the B with double vertical stripe as part of the Bitcoin logo.

Incidentally, this is by no means the first time we have seen the B with a double stripe.

3. This is where the inspiration for the B with double stripe came from

The B with double stripe for Bitcoin was one of the suggestions made on BitcoinTalk. It was inspired by the logo for the Thai Bath. This consists of a B with one vertical stripe.

The version that would later become so iconic for the largest crypto currency is the third version designed. Poster Bitboy put the logo on BitcoinTalks on November 1, 2010. Here he explained that the rotation of the striped B was not random. The twist is exactly 14 degrees and also recorded that way in the description Bitboy made of his design. The design was met with enormous enthusiasm and, due to the decentralized nature of Bitcoin, was adopted by Satoshi Nakamoto and other key players from the very beginning.

5. All Bitcoin logos are royalty-free

Bonus question: who is Bitboy?

Every crypto enthusiast knows that Satoshi Nakamoto is the most famous pseudonym in crypto. As a result, the creator of the crypto currency remains unknown to this day and thus fodder for speculation. For example, some believe that none other than Elon Musk is Satoshi Nakamoto.

The identity of Bitboy and thus that of the iconic Bitcoin design has also always remained anonymous. All we know for sure is that YouTube-er BitBoy crypto is definitely not hiding behind the pseudonym. Also, seeing how amateurish the first two logos were compared to the final logo, we estimate that there is little chance that Satoshi Nakamoto is behind this pseudonym.

Stay up to date on the latest stock price developments?

You can always follow the developments yourself with our WANT analyses and overviews. Of course, you can also follow the BTC and live cryptocurrencies 24 hours a day if you want to stay updated in real time.

Note: We never give financial advice, so you can’t interpret our contributions that way either. Always do your own research and decide rationally if, when, what and how much you want to invest. 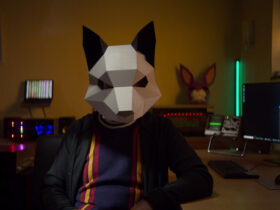 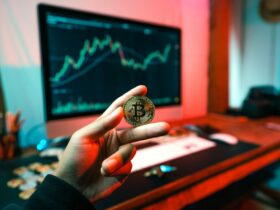 Crypto like Bitcoin at risk: why is it so and what should you do?

Binance and FTX hold crypto hostage. Overview, updates and where to go from here? 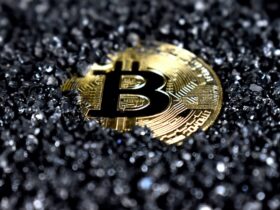