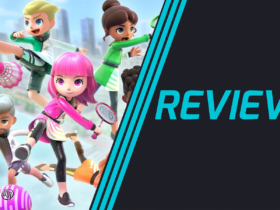 Fortnite has been unplayable on iPhone for several months now. However, there is now a clever workaround that allows you to. Also on your iPad. You can stream the popular game via the cloud to an iOS or iPadOS device. You need Xbox Cloud Gaming for this and you don’t have to pay anything for it.

Apple and Epic Games are fighting over Fortnite and digital stores, and the player is mainly the brunt of this. This is because the game is no longer available for iOS and iPadOS. Microsoft now comes as the savior in need, as it makes the game playable again on Apples platforms. How does that work exactly?

Previously it was possible to stream Fortnite via Nvidia Geforce Now to your iPhone. But now you can also use Xbox Cloud Gaming. Playing the game is also very simple. You go to this website within Safari, find the game and simply press the green button to play.

You then have to go through a few steps, but they speak for themselves. For example, Xbox tells you that you need a shortcut on your home screen. Create one and complete the steps. Then when you tap the icon, the service opens in a separate Safari window. As if it were a unique app.

Starting up for the first time

Once you’ve completed all the steps, that’s when you can play. If you are starting up the game for the first time, keep in mind that it may take a bit longer to load than you might be used to with Fortnite. After loading, you get access to a new start button. Tap it and you’ll end up in the game, ready to play.

Xbox Cloud Gaming is available in the Netherlands and Belgium, so in those countries people can once again play Fortnite on their iPhone or iPad. Make sure you have a good wifi connection and possibly a controller. This is not mandatory, since the game is also perfectly playable with digital buttons.