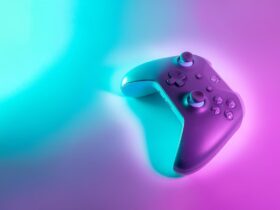 Microsoft’s ballsy response to game streaming: yet another device

Lately, we’ve been seeing developers and publishers busy translating games into series and movies. For example, PlayStation is already working with HBO to release a The Last of Us series. And now it has been announced that other top games, including Gran Turismo, will be translated into a movie or series.

Gran Turismo as a movie or a series, that sounds somewhat crazy. Yet PlayStation has that plan. It is not yet clear exactly how it will take shape. Other brands are more concrete.

Gran Turismo and other PlayStation brands to Netflix and more

Of Gran Turismo, it is currently unknown how the translation will be made. It could be a movie, or it could be chosen to make a series around the popular PlayStation game. How that will work is really the big question. After all, it is a game that revolves around racing as realistically as possible in various cars. Perhaps Sony will attach a story of a talented driver who gets the chance to prove himself in various races.

Of the games outside of Gran Turismo, there is a little more clarity. At least, on what platforms they will be released. The Horizon series is going to translate to Netflix, while Amazon is getting a series based on the God of War series. Those are two games that are primarily about story and thus could be used well as series.

Still a while away from us

By the way, don’t expect to see a movie or series based on PlayStation toppers Gran Turismo, God of War and Horizon anytime soon. Chances are we won’t see anything from them until late 2023, and that’s even on the early side. Want to read more about gaming? Then visit our overview page here.