There’s not a whole lot wrong with making yourself look easy. The iPhone SE (2022) is an incredibly clever way for Apple to not only introduce consumers to the devices, but also to get even more out of the familiar design. But is there such a thing as too easy?

Over the past few days, I have had the opportunity to test the iPhone SE (2022) extensively. I replaced my iPhone 13 Pro for the model Apple announced last week and got to work. You can read my findings in this review.

Despite its outdated design, I was a big fan of the smartphone. The target audience had been walking around with a first SE for four years at the time, and iOS was finally made accessible in this form. The device was powerful enough for everyday tasks and the A13 Bionic chip gave the battery life and camera system the upgrades they needed. Another success story from Cupertino, then.

However, we didn’t know at the time that a mini variant of the iPhone 12 was being worked on behind the scenes. As compact as an SE, but with the same design (and specifications) as an iPhone 12. An ideal middle ground that unfortunately was not very successful. Not only because of disappointing battery life, but also because of the fact that the target group was already provided with the new SE earlier that year. Time for a new model, therefore. 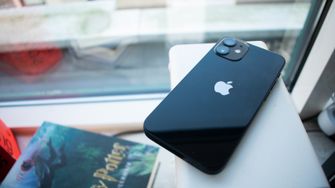 A design that actually can’t be done anymore

Anyone who has followed the 2020 SE model a little will know that there were many comments about its design. Whereas the first generation Special Edition iPhone carried a design from two years earlier, in 2020 we got a model that was three years old. A line that Apple continues with the iPhone SE (2022), but unfortunately not in the positive way.

The iPhone SE (2022) received the same design as its predecessor and is thus based on the iPhone 8 from 2017. A smartphone that in turn used the design of the iPhone 7, which in turn took a lot of inspiration from the iPhone 6 from 2015. So where in 2020 we could already speak of an outdated design, a similar tactic anno 2022 is almost impossible to justify.

The compact design still appeals tremendously this year, but the thick screen bezels and a physical home button feel like something that belongs to the past. So does the 4.7-inch display, which is just over 720p and has a refresh rate of 60Hz. It is workable and the quality is certainly not bad at times either. But compared to other smartphones in the price range, the device really lags behind the competition. 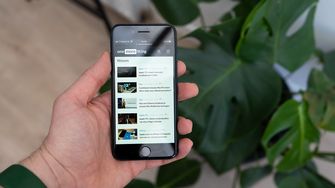 That’s just not true of everything. Quite the opposite, in fact. The iPhone SE (2022) manages to leave the competition miles behind in some areas. The smartphone owes this entirely to the A15 Bionic chip: the same chipset that can also be found in the iPhone 13, 13 mini, 13 Pro and Pro Max.

The addition of 1GB of additional RAM and this highly efficient, powerful, SoC gives you a smartphone that can handle any task. Playing games or even editing a short video is possible. iOS 15 runs like clockwork and will continue to do so in the coming years thanks to this composition.

By the way, that A15 Bionic chip also makes the iPhone SE (2022) economical in terms of power consumption, but to be perfectly honest I don’t see a very big difference. The end of the day can be achieved, but a screen time around three and a half / four hours is a bit of a maximum. If you perform heavier tasks, such as navigating or gaming, then logically you will not make it.

Charging the battery can be done with a maximum of 20W through the cable and up to 7.5W when charging wirelessly. Not terribly wrong for an iPhone, well versus the rest of the market. 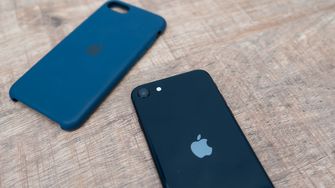 The camera system of the iPhone SE (2022) is also of a completely different order than other smartphones in the same price range. Like the SE (2020) and the iPhone 8, this model features a 12-megapixel main camera. In terms of hardware, little has changed, but the A15 Bionic influences the software in biggest ways. 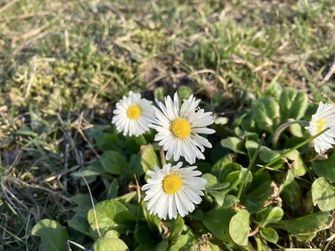 In addition to supporting features like Photographic Styles and SmartHDR4, the camera system also takes excellent photos. Both during the day with good lighting, and in the evening where it is not as good. The lack of a night mode is present, and a second lens wouldn’t hurt either. But overall, there is no smartphone around €500 that can deliver such quality. Not even in terms of video. 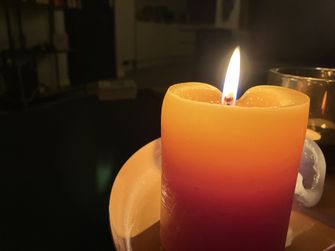 Balance is a long way off

That’s kind of the story of the iPhone SE (2022) in a nutshell. The smartphone is not consistent. There are certain parts where it really manages to dominate the competition quite a bit. Think about the camera system, the incredibly powerful A15 Bionic chip and the long support. I mean: the €529 iPhone SE has a more powerful chip than the €1249 Samsung Galaxy S22 Ultra. So it is possible.

But in some areas, you lose so much in terms of performance that you end up with a smartphone that lags behind. Look at the thick bezels, the limited screen and the battery life. These are issues that companies like Samsung, OnePlus, Google and Xiaomi know how to tackle much better. 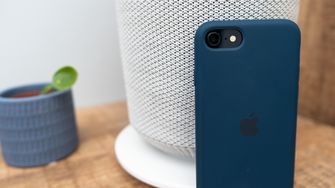 I fully understand that Apple has a certain target group in mind with the iPhone SE (2022), but whether this is the right way to reach them I doubt. Thanks to the A15 Bionic chip, the smartphone, especially in terms of the camera, really makes a very good impression. It shows what Apple is capable of and that these components do not have to mean a €1000 price tag.

On the other hand, Apple does get off easy by once again using an old design. Except for the A15 Bionic and 5G support, the smartphone has little to nothing new to offer with the iPhone SE (2022). A good picture of how the iPhone anno 2022 is doing, but very easy.

A little too easy, if you ask me.