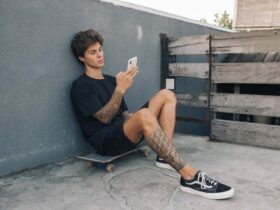 7 apps everyone with an iPhone should have by default

Google Docs can be a fantastic word processor. It is a simple program that for a very long time consisted mainly of core functions. However, in the last few months Google has been investing heavily in the processor, as more and more features are added. Now there is yet another new option, which Microsoft Word users are already familiar with.

Google Docs is a program that is well equipped in terms of core functions. But when it comes to other options, there is often something to be desired. That’s about to change today thanks to the watermarking feature that Google is rolling out. This is a feature that Microsoft Word users have been able to use for a while.

You add those watermarks to your documents in the form of images and text. And if you import a Word document into Google Docs with a watermark, that mark will remain in the image. The reverse is also true: if you export something from Docs with such a mark, it will be retained.

If you want to add a watermark, here’s how to do it. Move your cursor to the toolbar at the top. Press the Insert button and scroll down until you see the Watermark button. The feature is not yet available within the Docs mobile app; you can only do this within a browser. 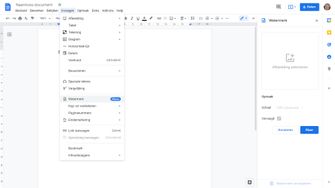 The benefits of a watermark

Watermarks, when added, can be seen on all pages. With such a watermark, you can easily convey a message. For example, think of the word “concept” to indicate that something is not yet finished. And no doubt there are many more useful things you can think of.

So Google Docs has gotten even a little better than it was as. This makes this free word processing an even better alternative to Microsoft Word, which you have to pay for annually. The great thing about Docs is that it doesn’t matter what device you are working on. If the device has Internet, a browser and a keyboard, then you can tap away.