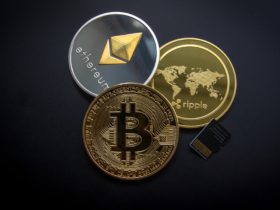 On the night of September 15-16, 2022, Ethereum (ETH) rolled out the Merge update which is crucial for the transition from Proof of Work to the Proof of Stake validation method. Many investors thought in advance that this would be the crypto event of the year and that a price explosion for Ethereum (ETH) and the crypto market would follow. The opposite has been the case.

So far the share price is collapsing after the Merge and the noises in the market are not positive. WANT editor Robert Kroes lists what you need to know as an investor to deal with this.

For the launch of Ethereum Merge, there was a big event. For example, they organized a live viewing party on YouTube that you can watch back here.

Still, there were immediate question marks surrounding the launch. For example, Vitalik Buterin decided to record a message and spread it through social media. Where people normally attach great influence to Buterin’s words, this speech fell wrong, as you can read in the comments.

“Proof of Work is based on the laws of physics, so you have to work with the world as it is… Whereas because Proof of Stake is virtualized in this way, it’s basically letting us create a simulated universe that has its own laws of physics. “#Bitcoin
pic.twitter.com/62OnVYIjVb

Even after the Ethereum Merge rolled out, the crypto community was divided.

Why is the price of Ethereum (ETH) falling?

Meanwhile, we see that the Ethereum (ETH) share price is falling sharply after the Merge rollout. After an initial rise of 9%, the market corrected sharply. Meanwhile, the live Ethereum (ETH) price at the time of writing is EUR 1,437.28. This is down 8.39% from September 15, just before the Merge update rolled out. There are several reasons for this.

An old stock market saying goes, “buy the rumor, sell the news. Leading up to the event, we saw many smaller investors buying Ethereum hoping to profit from price increases. When the price indeed rose immediately after the rollout, many investors took their profits.

Yet there are also more structural factors that bring concerns for investors. This category of investors believes there are issues surrounding the Merge rollout that could put longer-term pressure on the Ethereum (ETH) share price. We list 3 of the main concerns.

Will the Merge make Ethereum (ETH) a security?

Immediately after the Merge update rolled out, The Washington Journal published a statement by SEC Chairman Gansler. In it, he explains that according to his view (and thus according to the SEC), the principle of strike can be seen as a loan. This would make crypto coins qualify as security based on the so-called Howey test.

This in turn means that crypto tokens based on strike must meet a number of onerous obligations and seek prior approval for launch from the SEC. Ethereum (ETH) did not do this.

Although Gansler did not mention specific crypto coins, he did make it clear that strike coins have the SEC’s attention. With that, Ethereum could therefore expect trouble with the SEC soon. We can see from the price performance of Ripple (XRP) since they have been embroiled in a similar legal battle with the SEC that this could depress prices in the long run.

Another problem emerged immediately after the Merge update. On-chain data analyses show that a total of 13.7 million Ether was staked. 59.3% of this number (8.13 million) is distributed among only 4 providers. We can see this in the chart below.

We profiled a few more entities.

Adding that of the first 293 blocks after rollout, as many as 45.18% of validations were performed by 2 providers. This puts the decentralization of the currency at risk. This is another concern for investors.

Key partners are not unapologetic about Ethereum Merge update

How dangerous this centralization can be we see immediately. Indeed, both Coinbase and Kraken seem to be having problems with (processing) the Merge update.

The prospect of losing your crypto coins for at least six months if you join the strike program dampens enthusiasm considerably.

Coinbase also made its voice heard, publishing a Twitter thread with 4 possible risks ahead of the Merge update.

1/ Welcome to the final edition of the eth2 updates!

With the Merge just around the corner, this will turn into a series about stuff after the Merge. In this edition we talk about two things: Bellatrix Upgrade and some of the potential risks associated with the Merge.

Adding this to the fact that developers previously announced that two of the biggest problems with Ethereum, scalability and high transaction fees, will not be fixed by the Merge update, it actually makes sense that the market is reacting with disappointment.

What can we expect from the price?

Right now, we see that short traders have the upper hand in the options market and that after the Merge rolls out, no cathalyst for a bull rally can be expected in the short term. Experts therefore expect the Ethereum (ETH) price to fall further in the short and medium term.

Stay up to date on the latest price developments?

You can always follow the developments yourself with our WANT analyses and overviews. Of course, you can also follow the BTC and live cryptocurrencies 24 hours a day if you want to stay updated in real time.

Note: We never give financial advice, so you can’t interpret our contributions that way either. Always do your own research and decide on rational grounds if, when, what and how much you want to invest. 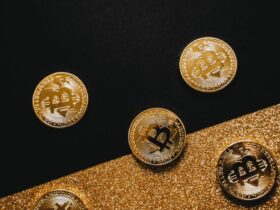 Do you know these 5 Dutch Bitcoin bosses? 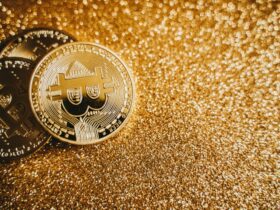 This is how the Netherlands scores as a crypto country: which countries do better?