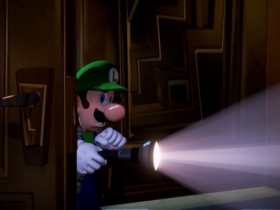 New Nintendo Switch 2 seems to be on its way: what do we know about it already?

In a week’s time, you’ll be able to get your hands on the game Pokémon Legends: Arceus. The new game is promising, but is another case of using Pokéballs to catch the various creatures.

And maybe after 25 years you’ve kind of seen that. Perhaps a Pokémon game where you can use weapons is more something to get excited about.

No such game is in development. Nintendo would never allow such a thing. Yet there is a creative person who decided to cobble together a game in which you could hunt Pokémon with different guns. So no Pokéballs, but just brute force. There is no catching, it’s really just killing the cute little creatures. In the video below you can see what it looks like.

In addition, the creator of this Pokémon game also made a Youtube video showing how he made the game. In doing so, it is a game that will really never be released. He shared the game with some friends for a nice effect, but it will never be for sale. As mentioned, you are really dealing with the intellectual property of Nintendo and you get a load of lawyers behind you.

After seeing this video, do you feel like popping off Pokémon after all? Then you should keep an eye on the game Palworld. It is a title that allows you to blast cute critters. It looks a lot like the games from Nintendo, but is just a bit different. When exactly this game will come out, is not yet known. The game is scheduled for release in 2022.