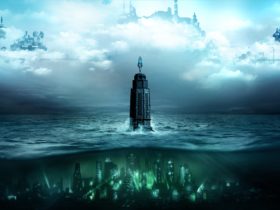 Play Bioshock The Collection for free thanks to this brief promotion!

Cyberpunk 2077 was released at the end of 2020. At the time, it was expected to immediately become one of the best games of that year, but that was not the case.

Cyberpunk 2077 was plagued by mediocre performance on older game consoles and was full of bugs. Since then, the developer has worked hard to bring the game to a reasonable level, with the recently released update for the PlayStation 5 and Xbox Series X as a preliminary highlight. New content is still a while away.

Recently, publisher CD Projekt Red released its quarterly results and a lot of information has come out based on them. In addition to the The Witcher 3 upgrade being significantly delayed, there is also some bad news for Cyberpunk 2077. At least, if you’re looking forward to the new content. It has always been the intention that the game would feature new adventures after release, but they have been delayed time and time again. This time, too.

As it was mentioned in @CDPROJEKTRED_IR financial call moments ago, Cyberpunk 2077’s upcoming expansion will arrive in 2023. Please stay tuned for more details coming later this year.

Because according to the above tweet, we won’t be getting the new expansion for Cyberpunk 2077 until sometime in 2023. And then there’s a good chance you’ll get it in the middle or end of the year rather than at the beginning. Exactly what kind of expansion it is is not known. It looks like it’s going to be a piece that you have to pay for and then you can spend quite a few hours with it. For The Witcher 3, the developer released two of these types of expansions and they were well worth it.

Satisfied with where it is now

The developer went on to let us know that they are reasonably satisfied with where Cyberpunk 2077 stands now. After all the misery of the beginning, the game is now at a level that makes it reasonably worthwhile. Want to know what we thought of the game at the time? Then read our review here.