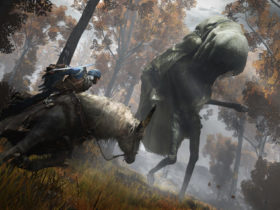 Pokémon is one of the most successful gaming franchises in history. The original games are already almost 30 years old (!) Meanwhile, dozens of games have passed the review. Especially on Android, the selection is enormous.

Of course Pokémon Go is by far the most popular game of the franchise. The Android game managed to achieve over a billion downloads in a short period of time and cities or towns with lots of Pokémon grew into tourist attractions. Yet the franchise has much more to offer.

Play with Pokémon like you never have before! The Android games below are all extensively tested and (almost) all free. There is something for every game lover among them. Whether you’re a serious or casual user. Which one is your favorite?

Magikarp Jump is one of the newer Android games in this list. It is a casual game, ideal to pass the time with when you have nothing to do. It’s up to you to train the Magikarp to be a high jumper. Then you compete against other players. The goal is to make it flop higher than your opponent’s Magikarp. It may seem easy, but it’s certainly not. For example, you have to feed the Pokémon, train it, and let it play a lot in matches to make it stronger.

Technically, Pokémon Home is not really a game. It’s more like a handy add-on for other Android games. The application serves as a kind of database, where you can send different Pokémon to and transfer them to other games. So if you have a Pokémon in Alpha Sapphire that you want in Sword or Shield, this is the app you need. In addition, it has a Pokédex to keep track of your overall progress. Also, the app gives you the option to send Mystery Gifts to other players. The service costs less than fifteen dollars a year.

In this Android game, you team up with other trainers, in three-on-three battles, using all your Pokémon at once. The game is developed by DeNA, the company behind the acclaimed games Final Fantasy Record Keeper. So the developers sure know how to make a good free Pokémon game. The Application includes trainers from most Pokémon games, as well as various multiplayer options. It is brand new, so it is still far from perfect. Still, the game is definitely worth a try.

Pokémon Quest is one of the few Android games that you can play on multiple platforms. In fact, the game has a smartphone and Nintendo Switch version. You see the Pokémon world in cubes, but your goal remains largely the same. You catch Pokémon, train them and fight opponents. There is also a campsite that you can decorate as you please. So you won’t get bored easily.

Always wanted to play Candy Crush with a Pokémon sauce? Then here’s your chance! Pokémon Shuffle Mobile is essentially what you’ve come to expect from the candy game. You have to match up a bunch of characters to attack your enemy. If you make groups of more than three of the same characters then you deploy a stronger attack. The game is low-threshold, which makes it easy to shoot through levels. However, the Android game is not as deep as other games in this list.