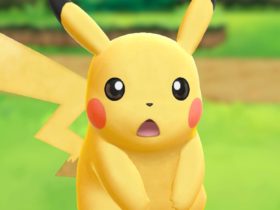 Lose weight with Pokémon GO thanks to new daily activities

The Wii was a very successful gaming console for Nintendo. In large part, this was due to the release of Wii Sports. As a result, everyone wanted a nice game of tennis. A special gold version was once made for Britain’s Queen Elizabeth, but she probably never played on it.

But you could be doing that in the near future. The golden Nintendo Wii that was meant for Queen Elizabeth is going to be auctioned off. And that means you have a chance to own this piece of gaming history.

Golden Nintendo Wii for Queen Elizabeth under the hammer

The golden Nintendo Wii was made in 2009 by the then publisher THQ. They outfitted the Nintendo game console with 24-carat gold to deliver to Queen Elizabeth. The idea in doing so was for the Queen to play the game BIG Family Games together with her seen. It is a game in which you can play 24 classic games. It wasn’t very successful, so the queen probably didn’t feel like playing it. Eventually it somehow ended up with a Dutch collector. And he has now put the game console up for sale. 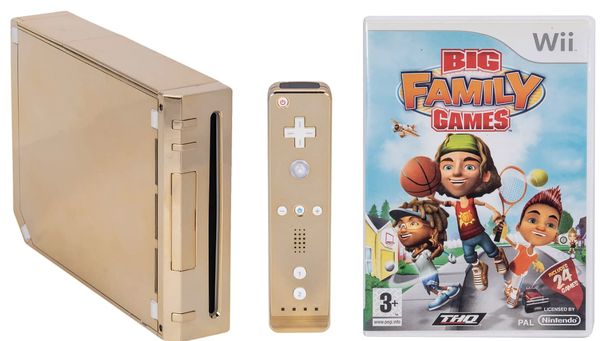 The game console with the game (Image: Goldin)

By the way, this is not the first time he has tried to sell this gold Nintendo Wii. A few years ago, he put the game console on eBay for a price of $300,000. But that ad was eventually removed because it would not be in line with eBay’s rules. Therefore, it has now been offered through the auction website Goldin. By the way, at the time of writing, the auction is not going very well. The highest bid is $2,000. Fortunately for the owner, the auction will last a while. In a week or two we will know how much was bid for the game console that was actually intended for Queen Elizabeth.