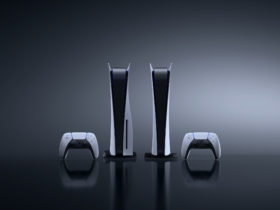 During the last Xbox Showcase, the game Redfall kicked off. A title that was first announced last year. After that, it became fairly quiet, except for the news that it is moving on to 2023.

And that’s still all we know about Redfall’s release date. But thanks to the new and especially extensive gameplay, you do get a good idea of what the game is. And in the process, it seems to be the perfect game to play together.

Play Redfall together on the Xbox

Of course, Redfall will be part of the Xbox Game Pass. So in that way, it’s really easy to play the game together. You only need to have an active subscription and then you can get the game together. Ideal if your friends also have such a subscription. It is then possible to easily play together. What will you do in the game? If you look at the gameplay video, it is mainly to kill a load of vampires. These come in many different forms. It is of course possible to play the game on your own, but it is also possible to go loose with about four men and then work together. Check out the video below.

How exactly it works and how your character’s progress is taken into account, for example, remains to be seen. Because there are several ways to improve yourself in Redfall. It is to be hoped that at the time you joint a game of your friend, that you can take the progress you have made with you.

And if we go by the Redfall video, you also do well to work well together. That way it is possible to finish off certain enemies in a smart way. It bodes well. Want to read more about gaming? Then visit our overview page here.