The Xbox Series S is a magisterial console. Why? Because it allows you to enjoy Next Gen games for a relatively low price and get the most out of your Xbox Game Pass. Although the device does suffer from a major problem.

While the Xbox Series S is to be commended on many levels, its storage capacity is certainly not one of them. With a paltry 500GB of storage, you quickly run into the problem of your console being full and thus not having room for more games. Luckily, there is the WD_Black D30!

Purchasing additional storage capacity for your console is not something new. Numerous variants have appeared on the market with previous generations and the same will be true for the new consoles in the coming years. However, the market is still quite limited at the moment and the costs quickly mount up. Therefore, the WD_BLACK D30 is in my opinion highly recommended. Not only for your Xbox Series S, but practically for any other console.

The Xbox Series S is a special case. The console from Microsoft is only available with a storage capacity of 500GB. You are in that respect quickly dependent on an external drive. Something that Western Digital knows how to do incredibly well for the amount of € 104.99. But what exactly is that about? 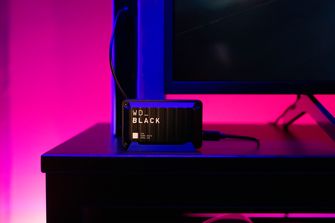 WD_BLACK D30: what are the advantages?

The WD_BLACK D30 is a stylish SSD for your Xbox Series S, PlayStation 5 or any console. It will increase the storage capacity of your console by 500GB, 1TB or 2TB. In this way you no longer need to delete your games from the console and thus download them again every time you need them.

The beauty of this particular drive is that so you can save game and play from the drive. The WD_BLACK D30 features optimized speeds of up to 900 MB/S, minimizing load times. So it is no problem at all to put your entire catalog (up to 50 games) on the drive.

Three different storage capacities are available for this drive for your Xbox Series S or other console. The following options and prices are offered to you: 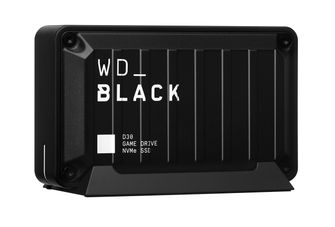 Are there any drawbacks?

After using the WD_Black D30 with my Xbox Series S for a week, I can’t help but be excited about the hard drive. Although there is one major problem that I am running into. It’s a problem that only Seagate has an answer for so far and that has everything to do with games for the Xbox Series S, Series X or PlayStation 5.

It is possible to put games for the new generation of consoles on the WD_BLACK D30, but playing them directly from the drive is not possible. You will have to transfer them to your console before you can get started. That’s basically a piece of cake, but it’s good to take that into account.

In the early days of the consoles, this won’t be much of a problem, since your selection will probably consist mainly of Xbox One games. But over time, X|S games will take over and you will have to make choices.

The Xbox Series S is a fantastic alternative for anyone who can’t wait until the next generation of consoles, or simply doesn’t feel like selling a rib to buy one. For €295 you have a wonderful console at home that, in combination with the Xbox Game Pass, is worth every euro.

What games can you play with the Xbox Game Pass? Check out the article above!