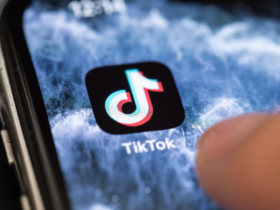 TikTok all tapped out from negativity, intervenes with new feature

Not everyone has the luxury of going out with a Nintendo Switch or Steam Deck handheld. Fortunately, there are plenty of games you can play, on-the-go, on your iPhone. Dennis Mons scoured the App Store and shares a few gems with you.

A train or bus journey can be filled with apps like WhatsApp, Instagram, Twitter or TikTok. Yet sometimes it’s really great to be completely in your own little world and let loose with a few fine games. In that respect, your iPhone has plenty to offer.

Gaming on your iPhone for not too much money

Many of these games are Free To Play, but of course there is a catch. Either you get annoying commercials or you have to buy items, characters or levels in the game. In itself not an insurmountable fact since it is not about huge amounts. If you don’t want to do that anyway, there are plenty of games you can buy in one go for relatively little money.

I want to emphasize that smartphone games are still underestimated. Many serious gamers are rather vinegary about these kinds of games. But I, who also really enjoy the Nintendo Switch, PlayStation, Xbox and PC, find games like Bricks ‘n Balls on my way to work perfectly entertaining. For that very reason, I’m listing a number of recommended games for you!

1. The Simpsons Tapped Out

This free game is a funny combination of a SimCity game and fun mini-games. The goal is to build the famous city of Springfield from The Simpsons with raw materials, but in your own way. In any case, the game looks fantastic 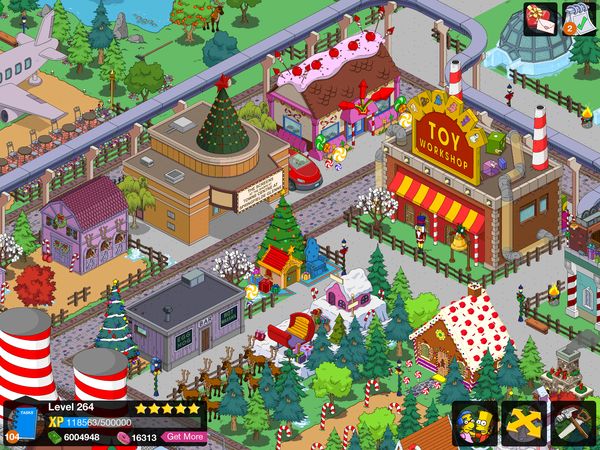 Fine combination of The Simpsons and SimCity (Image: EA)

Download The Simpsons Tapped out for free from the Apple App Store.

The iPhone also has an excellent title to offer fans of superheroes. Marvel Future Revolution is a nice summary of some 15 years of Marvel movies. In this action-RPG, you mainly take on famous bad guys from the universe.

3. Crash Bandicoot: On the Run

Crash is an absolute icon. He made his debut on the PlayStation 1 and is still a legend. Of course, the game on the iPhone is not a console version, but still incredibly fun to play.

It’s a Runner game like Sonic. So along with familiar characters like Coco and Aku Aku you ram through levels to stop Dr. Cortex. For people who have played the console games it will all look familiar. Crash has his famous moves like spinning attacks and jump slides. 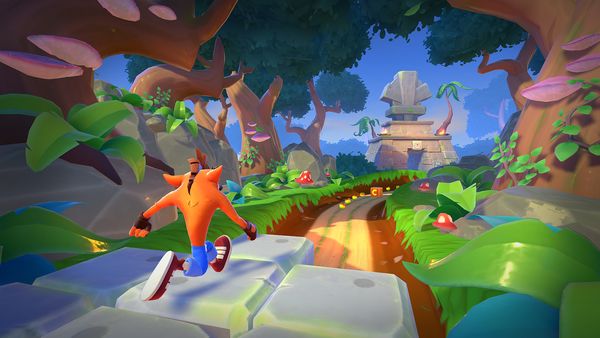 Crash goes all out in this ‘runner’ (Image: King)

Download Crash Bandicoot: On the Run for free from the Apple App Store.

4. My Friend Pedro: Ripe for Revenge

My Friend Pedro is now a cult classic. In any case, the crazy Shoot ’em Up on iPhone is extremely similar to its “big brother” on consoles and PC. The controls have been adapted for the smartphone, but the game is just as hectic and funny as the original. 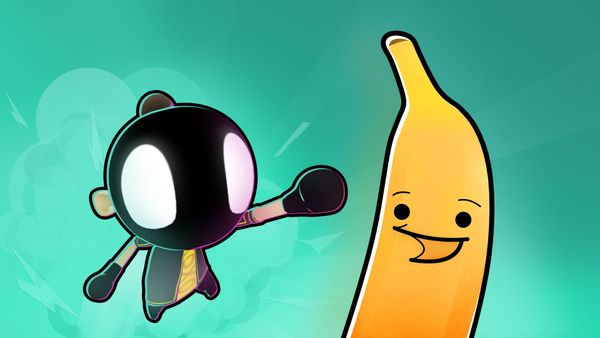 The banana is essential (Image: Devolver)

Download My Friend Pedro: Ripe for Adventure for free from the Apple App Store.

This is likewise a classic. Never before has a game brought so many players out to play. In case you don’t know (no idea why not): the idea is to catch Pokémon, rare or otherwise, through Augmented Reality. Although the game has been around for six years, it is still hugely popular thanks to updates and expansions. 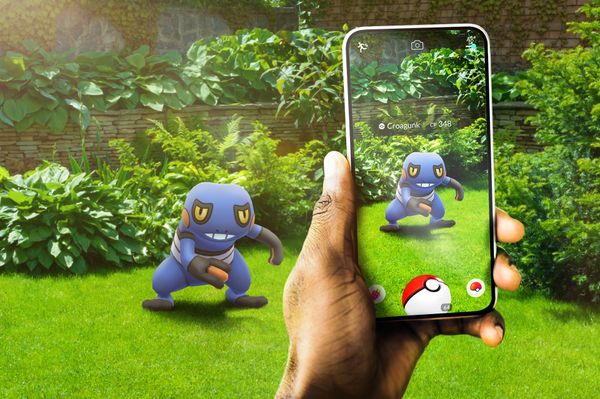 One of the greatest mobile games ever. (Image: Niantic)

Download Pokémon Go for free from the Apple App Store.

Possibly one of our favorites, if only for the fact that you play as the famous Agent 47. Unlike the ‘normal’ game, in Sniper you are only supposed to use a sniper rifle. So then you are, as they call it in the Dutch army: SLA (really). There are more than 150 missions and eleven different contracts to perform. Enough to do, so.

Download Hitman Sniper: The Shadows is available for $0.49 from the Apple App Store.

Limbo is without a doubt one of the darkest games you can play on your iPhone. And that’s both literally and figuratively. The game is in black and white and has beautiful graphics and animations. As you plow through the dark landscape, scary shadow children and giant spiders are at your heels. It is without a doubt one of the best indie games ever and puts you on the edge of your (train) seat. 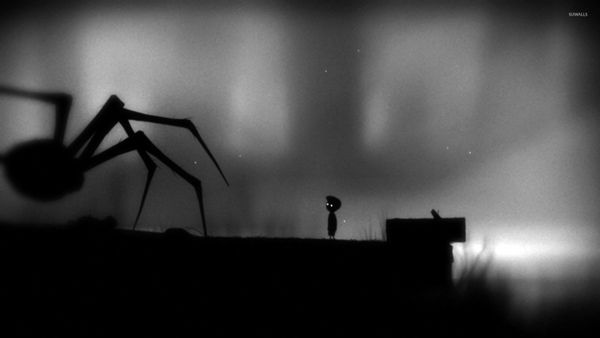 Download Limbo for $4 on the Apple App Store Limbo.

This intriguing puzzle game is not only beautiful, but also challenging. Thanks to ingenious camera angles, you can rotate buildings and levels, so that parts of the level suddenly collapse like Escher works of art. Incidentally important: both games are absolutely delightful to play. Wherever. They are masterpieces and play wonderfully on the iPhone.

Download Monument Valley II for $4 from the Apple App Store.

We couldn’t leave this third-person-shooter off the list. In fact, it is the most popular smartphone game to date. The PC version was one of the first games to make the Battle Royale genre big. The iPhone version is a bit more mundane than the console and PC versions, but the determination to get (and win) a Chicken Dinner is no less. 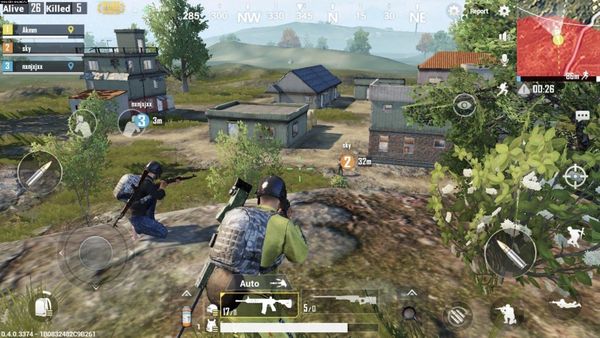 Still incredibly intense even on your phone (Image: Tencent)

Download PUBG for free from the Apple App Store.

Even though the game is now as old as the road to Rome (in gaming terms), this remains a favorite. Perhaps the game is a little less convenient to play on a train or bus (unless you can type fast); it’s still hilarious.

In Among Us, players must figure out which of the other players are “SUS” (suspect). Their job is to kill other fellow players. If someone thinks they have figured out who might be a murderer, a meeting can be called and they are allowed to deliberate. But if you (any player) can’t properly explain what your alibi was, you will beyeet (thrown out) after a vote.

It works very well on mobile, but we recommend making a Discord channel at home and listening to the bickering while you play innocent. 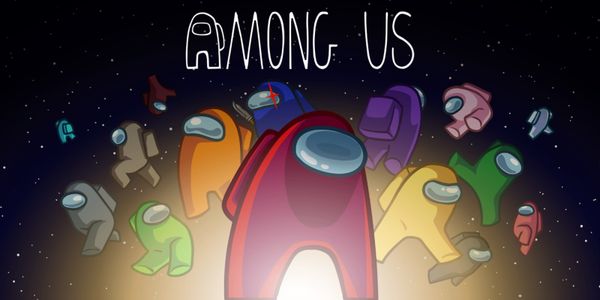 No better way to get distrust in your circle of friends (Image: InnerSloth LLC)

Download Among Us! for free from the Apple App Store.