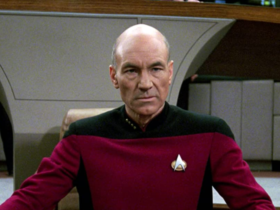 Apple looks at Star Trek and works on special gadget

That the iPhone is well resistant to water we know. A small splash in the pool will not be the end of Apple’s smartphone. Ten months underwater, on the other hand, will…

You would expect that such a long period of time would neck the iPhone, but it turns out that the opposite is true. Owain Davies, a man from the UK, went through it and tells his story.

During his bachelor party, Owain Davies got into a canoe and decided to go on a fun trip with his friends. A trip that ended up being the reason he lost his iPhone. The smartphone fell out of his butt pocket when he, along with a friend, ended up in the water after a stupid action. After a search, he could not find the iPhone and decided to consider it a lost cause.

Ten months later, Miquel Pacheco from Drybook (Gloucestershire) got into a canoe in the same area. During his trip he saw something lying in the water, decided to fish it out and was an iPhone richer. He took the device home, dried it and posted a picture on Facebook. “If I lost my phone, with lots of pictures of my children, I would like to have it back too,” he revealed to the BBC. 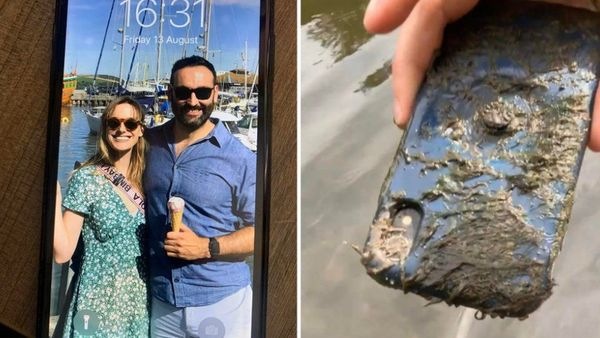 Eventually, the iPhone, which was initially full of water, dried up completely with the help of an air compressor. Miraculously, it turned on and Pacheco saw a photo of a man and woman in the background. He shared the photo on Facebook and that’s how the phone ended up back in Owain Davies’ hands.

It’s a beautiful story of how a man makes the effort to make someone he doesn’t know happy. But it’s also mostly a story that shows the impressive performance of this iPhone. New models come with an IP-68 rating and can stay in fresh water for up to 30 minutes.

So the fact that this device was still doing it after 10 months can truly be called a miracle.