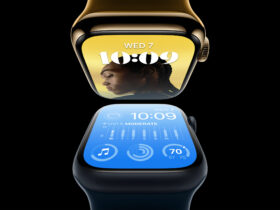 How to get more out of the Apple Watch Series 8 battery.

WeCrashed is coming soon to Apple TV+. To see that in the spotlight, the streaming service shares a new trailer.

Apple is making a big push for WeCrashed. The series is based on Wondery’s podcast of the same name. The miniseries is about the growth and collapse of WeWork, one of the highest rated startups ever. The company was worth around $50 billion at its peak, but behind the scenes it turned out not everything was going well. Ultimately, the company went under due to financial mismanagement.

Apple doesn’t seem to be taking the series lightly as it has snared two top names for the lead roles. We see Jared Leto and Anne Hathaway shining in the series. The first name in particular is special, since he has not appeared in a television series for a long time. His last one dates back to the 90s when he starred in My So-Called Life.

In total, WeCrashed consists of eight episodes and since it is a miniseries, it stops after that as well. The first three episodes will be seen starting March 18. After that, a new episode will come online every week on Apple TV+, as we’ve come to expect from the streaming service.

More in the pipeline

You can expect quite a bit from this Korean series on Apple TV+. The show is created by Soo Hugh who was previously responsible for The Terror and The Killing. We also see Youn Tuh Jung back in the production. She previously won an Oscar for Best Supporting Actress in the American-Korean film Minari