The Mac Studio is a beast of a computer. Thanks to the M1 Ultra chip, which is equivalent to two combined Max chips, the desktop is not only incredibly powerful, but also extremely efficient.

In the past week I have been able to experience something I have not often experienced. I’ve been able to go out of my way to tell you exactly what you actually already knew. The Mac Studio is incredibly powerful.

In terms of appearance, the Mac Studio is best compared to a Mac mini. Simply put, it is a gray square box that sits on your desk and connects to an external display via HDMI or Thunderbolt. The Studio is almost three times taller than the mini, though:

The Mac mini weighs 1.2 kilograms, where the M1 Max model of the Studio weighs 2.7 kilograms and the Ultra model 3.6 kilograms. On the bottom of the Studio is a large fan that, even when you turn on the computer alone, makes continuous noise. 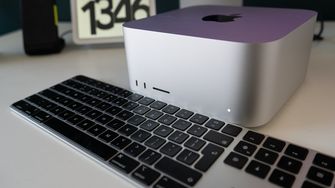 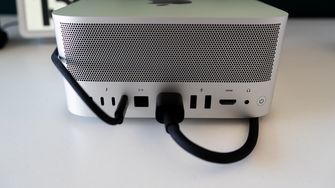 The showpiece of the Mac Studio is of course the M1 Ultra chip. An SoC (System on a Chip) from the Apple Silicon line that has the most to offer consumers. Apple itself gave the example of two combined M1 Max chips during Peek Performance. So there is no other product in Apple’s entire lineup in that area that offers such performance.

The M1 Ultra uses a technology called UltraFusion, which allows Apple to virtually double the specifications of the M1 Max. Thus, the chip inside the Mac Studio boasts a 20-core CPU, 64-core GPU and has a working memory that goes up to 128GB.

Apple itself says that the Mac Studio can deliver better performance than a 16-core PC desktop via this route, and meanwhile use 100W less power. 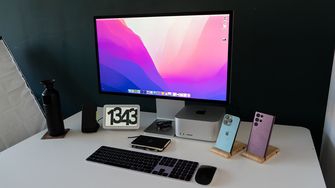 Mac Studio: this is how powerful the new computer is

In the past week, I have been using the Mac Studio for my daily work. Editing images, writing texts and updating our websites are among those activities. Only those are not the things that allow you to use the full potential of the computer.

Therefore, below I will give three examples of programs and work that represent the power of the desktop very well.

Final Cut Pro is a video editing program that allows you to convert individual images into a full-fledged movie. The higher the quality of footage is, the harder it is for your computer to maintain composure and make everything work smoothly.

With Mac Studio, I was able to access several 8K images that I was able to edit without any difficulty. In fact, in one overview shot I use nine images simultaneously. That this did not cause any hiccups or problems during real-time editing was already a treat. The fact that the 1 minute 8K video was exported within 10 seconds was even more impressive. 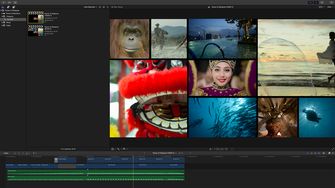 HorosMobile is a program used for example in hospitals for CT Scans. These scans consist of countless particles and thus require a lot from a computer.

On the Mac Studio, I got to work with a CT Scan of a cat. This consisted of as many as 54 million particles and could be viewed in both 2D and 3D. Adding or removing the skin, nerves and skeleton was done in real time without any problems. 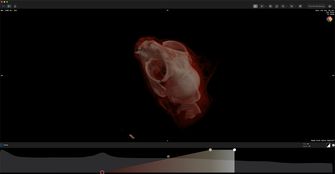 Adobe Lightroom and Photoshop are two programs aimed at photography and graphic design. For example, it is possible to import an entire photo series into Lightroom, adjust it, and then edit it in Photoshop.

A photoshoot of 1628 photos was no problem at all for this Mac Studio. Without the desktop’s fan really kicking in, I edited the images separately and transferred them to Photoshop in no time. The export of those images went pretty fast, too. Within 1 minute, 63 photos had already been exported. 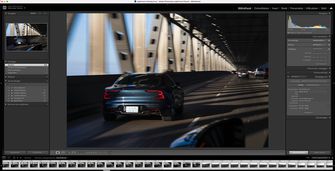 The Mac Studio does exactly what we expected it to do. The fact that this computer combines two M1 Max chips really says it all. This is an absolute powerhouse for anyone who pushes their computer to the limit in any way.

In terms of connections, design, and user experience, I can hardly say anything other than that Apple really has it incredibly well done. UltraFusion is not just a term to make a new computer attractive, but shows that Apple really is changing the computing landscape extremely hard.

You definitely have to put in some effort, but the target audience is going to save an incredible amount of time and be able to take their work to the next level. This is an investment that without a doubt is going to be totally worth it.