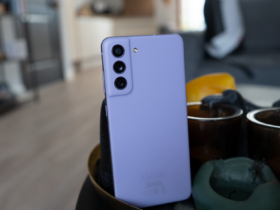 Samsung may pull the plug on this popular smartphone series

The production of the iPhone 14 Max is delayed. That rumor surfaced earlier this week, but is now confirmed by Ming-Chi Kuo. Though he does have a small addition.

Indeed, the reliable analyst expects that the delay will not be the biggest problem. Apple’s biggest threat is probably the demand for the new model.

On Twitter, Ming-Chi Kuo confirms the problems in the production line of the iPhone 14 Max. The smartphone, which is making its first appearance this year, is delayed by at least three weeks. This is due to the fact that it is being produced in Shanghai and the country has been experiencing a hard lockdown. This is in connection with an upsurge in the coronavirus. Because of these lockdowns, certain factories have been closed and thus the production of the smartphone was at a standstill.

(1/2)
My latest channel checks suggest that Apple has not changed the shipping plan for the iPhone 14 models since the Shanghai lockdown. iPhone 14 Max is running behind, but it’s still under control currently, and suppliers can work overtime to catch up with the schedule.

Still, Kuo incidentally thinks Apple will face bigger problems. According to him, production is still “under control” and the lost time can theoretically be made up. The biggest problem lies ’em, at least with this model, with demand. There is an economic uncertainty at the moment that could cause the new smartphone, which will cost quite a bit of money, not to sell like hot cakes.

Whether that will actually happen, time will have to tell.

Actually since the unveiling of the iPhone 13 there has been talk of the iPhone 14. At first these rumors were a bit far-fetched, but they seem to be getting more and more concrete. We know what sizes we can expect, what kind of notch they have and how the selfie camera works.

Also currently rumored is that the new iPhone 14 Pro and Pro Max will feature an Always-On Display. Want to know more? Then take a moment to read the above article!