Spotify makes it easy to start your own podcast

It is finally possible to build your own mechanical keyboard thanks to LEGO. MelGeek is finally bringing the awesome Pixel to market after a Kickstarter campaign.

You’ve probably looked at your keyboard before and thought “how incredibly boring!”. MelGeek shares that thought and has therefore set up a Kickstarter so you can build your own LEGO keyboard. The Pixel goes on sale starting this week for (for now) $199.

The first question that arises is: does such a mechanical keyboard tick nicely? Undoubtedly, at some point in your life, you have probably had the “pleasure” of standing on a LEGO pebble only to die. Therefore, it doesn’t seem pleasant to voluntarily start ramming your paws on those pebbles of the Pixel. 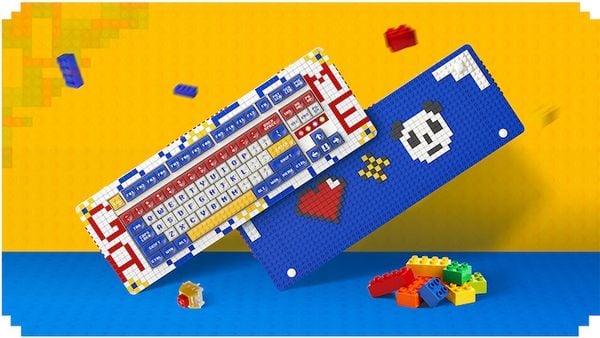 Rest assured, the LEGO keys an sich do not have studs. However, it is possible to replace the keys. So should you prefer to have a mini-fig on the Enter button of your mechanical keyboard, that is perfectly possible.

In addition, it is possible to purchase blank keys, which you can then also customize to your liking, as for example also on the Keychron Q5. In addition, in the software you can give each LEGO key its own function and even program hotkeys.

Apart from being a cool keyboard anyway, this one is also wireless. But MelGeek knows darn well that we often lose our USB dongle. That’s why the company has created a darn handy little compartment on the side of the mechanical keyboard.

In case you now suddenly get the itch to buy a Pixel, but have no idea yet what you want to do with it, MelGeek also helps you out. In fact, on the site GeekMade, you can already get started designing your new mechanical keyboard from LEGO.

LEGO’s Pixel keyboard, as mentioned, is available for pre-order for $199. The retail price will likely be $269. The mechanical keyboard is compatible with macOS, Windows, Linux, iOS and Android.