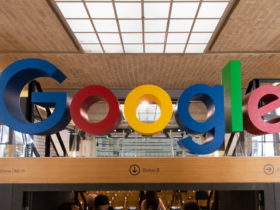 It seems a certainty that Elon Musk will take over Twitter. Yet the deal is now in jeopardy because of fake accounts.

It seemed like a done deal: Elon Musk’s takeover of Twitter. However, there is now a kink in the cable. It must be resolved before the deal goes through as yet.

Elon Musk has a $44 billion stake in Twitter, at least if everything about the deal checks out. Questions now arise about the number of fake/spam accounts on the social medium.

“The Twitter deal is now on hold pending the outcome of the calculation of the number of spam/fake accounts is indeed under 5 percent of users,” Musk tweeted. So he’s curious to see the numbers.

The calculations of fake accounts on Twitter are an estimate and so it may be that the actual number is higher. If that is true, the value of the company is of course lower. The question then is whether Elon Musk would still want to acquire the company.

Shareholders aren’t waiting around. When the news came out by Elon Musk, the price of a Twitter share dropped 19 percent. Tesla shareholders were positive about the news, though. The automaker’s share price rose 5 percent.

Numbers that don’t add up are not news to Twitter. A report released last week stated that Twitter overestimated the number of daily users three years in a row. The company itself blamed it on a technical error that caused some accounts to be counted twice. The figure ended up being 1.9 million too high.

The big question now is how things will continue and whether Twitter will still be in the hands of Elon Musk. The billionaire sees taking fake accounts off the air as one of his main goals in making Twitter better. In addition, he says he wants to protect freedom of speech.