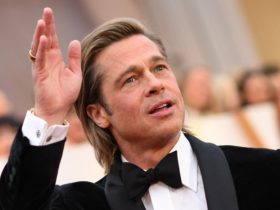 As you probably know, the iPhone 14 Pro is currently hard to get. Is it worth waiting for this device, or is it better to go for the iPhone 15 Ultra later?

The iPhone 14 Pro is one of the best smartphones right now. You can do almost anything you want with it. Still, it might be better to wait for its successor: the iPhone 15 Ultra. OMT editor Jeroen tells you why.

Waiting for the iPhone 14 Pro

You’ve probably already caught on. There are problems producing the iPhone 14 Pro. There are several reasons for this. Not only is there a shortage of parts, but there is great unrest at Foxconn’s iPhone City factory. Workers there laid off work because of the deplorable conditions.

As a result, it may take quite a while for you to get your ordered iPhone 14 Pro in your hands. For example, if you order the black one with 256 GB of memory, Apple won’t ship it until December 29. So that’s more than three weeks of waiting before you can finally get started.

For people thinking really far ahead, there may be another option. In nine months, of course, Apple will give birth to the iPhone 15 series. With that will probably also come a new special device: the iPhone 15 Ultra. This one will make you forget about the iPhone 14 Pro.

Just saw the rumors about iphone 15 pro what is that square thing in the back it a camera?#apple #iPhone15Ultra #iphone15 pic.twitter.com/GJXlf8cIXL

Why the iPhone 15 Ultra may be a better option

There are a number of reasons for this that might make you prefer to wait for the iPhone 15 Pro and Ultra. Of course, these also just have the Dynamic Island as its predecessor, but there’s more. The iPhone Pro Max will likely be so different that it will also have a different name: the Ultra.

We already know that a number of things will change with iPhone 15 Pro and Ultra, compared to the 14 Pro. For example, the phones will feature a USB-C connector next year. This is required because of European legislation. So you won’t need a special Lightning cable to charge.

But more may be about to change on the outside of the iPhone 15 Pro and Ultra. For example, there are rumors that the buttons will disappear on the side. In their place will be touch-sensitive controls, which you may know from the AirPods Pro 2.

The camera also seems to be changing. For example, the iPhone 15 Ultra will likely get a periscope lens. This will give your device a 10x optical zoom instead of the 3x of the current 14 Pro and Pro Max.

Of course, there are also just the standard improvements the phones. For example, the iPhone 15 Pro and Ultra will get the new A17 chip, which is again faster than the A16 of the 14 Pro and Pro Max. There are also rumors of a different design, among other things.