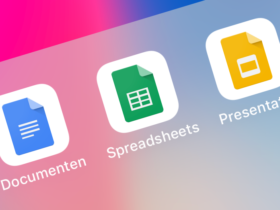 Are you a real fan of Google Maps and love to peer at the map for hours? This new feature gives you a completely new experience.

Google Maps has long ceased to be the boring map app of yesteryear. Of course, you have been able to use Google Street View for ages, but it can be much more spectacular. The developers are now coming up with a new feature that takes steps forward.

The best of three in one for Google Maps

Google Maps now merges three powerful features into a new impressive feature it calls Immersive View. It was already possible in Google Earth to see some buildings on the map in 3D. Now by combining it with a kind of Street View you get a completely new experience. It seems as if you yourself are floating through the city like a god. It is even possible to virtually enter a restaurant.

In a new video from the company, it shows what Google Maps will soon be capable of. The new features combines live traffic, weather and astronomical data from Maps, Earth and Street View together, creating a true 3D world. Of course, that’s only in places where Google displays 3D buildings. Hospitality, retail and other businesses must provide their own data to be rendered in 3D.

This version of Google Maps should work on every phone and other device. So you will also see it on the iPhone and iPad to name an example.

Want to fly over Amsterdam in 3D? Then you’ll have to wait a while. Google is rolling out the feature first at the cities of Los Angeles, London, New York, San Francisco and Tokyo. After that, many more cities should follow. So if you want to take a city trip without actually leaving, Google Maps is the place to go.