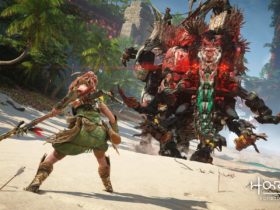 Horizon Forbidden West: this is what it looks like on the PlayStation 4

Elden Ring is a game that I actually can’t get enough of. Every time I see something about it or get to play it myself, I just get happy.

And I also keep learning new things about Elden Ring. For example, I’ve always thought that it’s not possible to pause in the game. but through this trick you still get to do that.

Basically, it is not possible to pause in Elden Ring. This is a conscious choice by the developer. The idea with that is that it makes you, as a player, always on your guard. You don’t have time to look at your smartphone, but you are completely in the game. But sometimes it can be annoying when, for example, someone is at the door and you have to open it. At times like that you want to pause. And that is possible. But you have to make a small detour, as you can see in the video below.

guess what, Elden Ring DOES have a pause button

just open “Menu Explanation” while on the inventory screen

this isn’t a meme, it actually works lmao pic.twitter.com/0tNLFaWwC7

To pause Elden Ring, press the appropriate button to get to the menu where you adjust your equipment, among other things. If you’re there then and choose the option to explain the menu (on the PlayStation 5 you do this by clicking on the touchpad), an additional menu comes into view. And so at that point the world around you is paused. So the next time you play the game and someone comes to the door, you can use this detour to pause the game.

And while you’re pausing Elden Ring, check out this video. In it, a gamer shows you how fast you can finish the game.