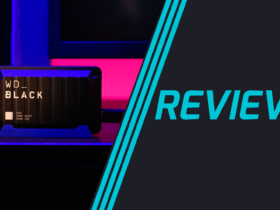 Activision has a lot of problems with cheaters in Call of Duty: Vanguard and Warzone. The developer just can’t seem to keep them out. And now one of the better players in the ranking appears to be using them too.

This is the player Pplehx, who is (or was) said to be in the second spot of the ranking in Call of Duty: Vanguard. Recently he came out with a stream, in which it can be seen that he uses cheats.

In the video below, you can see how Pplehx in Call of Duty: Vanguard has his cheats on for a very brief moment during a game. At least, that you can visually see him using it. You then hear him complain that they game crashes, but that seems to be mostly an excuse in hopes that the moment with the cheats won’t be noticed. Unfortunately for him, gamers saw it and he is now pilloried.

The person has posted a message stating they used the hacks to unlock camos and not in actual gameplay.

The best man wanted to say a few words about his cheating in Call of Duty: Vanguard. And in doing so, he pretty much crawled into the victim role. He states that he has always played honestly and that he only used the cheats to unlock camos in Call of Duty: Vanguard. The chances of anyone believing him are slim by the way. Once you buy something like cheats and use them in some way, you simply have the appearance against you and it is hard to believe that he became successful without having cheated.

And with that, it becomes clear once again that cheating really is a big problem in Call of Duty: Vanguard. It’s not for nothing, then, that the developer considers combat important. But if such good players are already using it, it does make you wonder how many cheaters there are in total.