It’s not yet clear if Apple will announce a successor to the AirPods Max anytime soon, but rumors about it have surfaced. The Max 2 will reportedly get a brand new control method, but it will leave behind a beloved component. At least, if the latest rumors are to be believed.

The beloved component on the AirPods Max is the digital crown, which you use to control all sorts of things on the headphones. The successor to the Max, tentatively called Max 2, will reportedly have touch-based controls. So that means consumers will have to say goodbye to the beloved crown.

That’s according to data held by the website Patently Apple. That website often publishes about patents that Apple files or holds. As a result, we get a glimpse into the Cupertino-based company’s operations. Remember, patents don’t confirm anything about future products; but they are interesting. 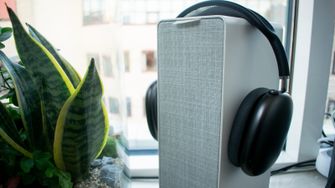 Indeed, they do tell what companies are working on behind the scenes. At the very least, the patents can show a direction in which products are developing. So now we see the AirPods Max with touch-sensitive controls on both cups of Apple’s upcoming headphones.

So what can you do with those?

The patent describes a lot of things, which boil down to how you will operate the device later (when Apple releases it like this). You’ll probably be able to control the volume or move on to the next song. This is done through swipe gestures, which we also encounter on other high-end headphones.

You can swipe up and down for volume, for example. Or tap to pause the music or call up Siri. No precise details of the controls have been given yet, but it would be strange if Apple didn’t go that direction for the AirPods Max 2. But whether those controls are better than the digital crown? Time will tell.