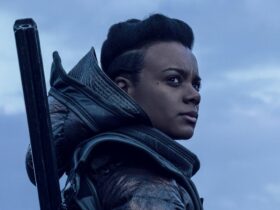 Apple today announced the second-generation HomePod. It is a smart speaker with allegedly unique acoustics and a sleek design. Previously, the company attempted to release the HomePod, so the question remains: will the new HomePod be a success?

Apple’s first HomePod may have been a little too progressive? The device absolutely met the requirements, but a great success did not materialize. Consequently, Apple pulled the plug in 2011 and proceeded with a HomePo mini alone.

Apple’s HomePod demands a place in your living room

Yesterday we reported that, according to analyst Mark Gurman, the new HomePod would make its appearance soon. However, we couldn’t have guessed that it would be immediately a day later.

As we might expect, Apple has packed the new HomePod with new innovations such as spatial audio and improved Siri intelligence. So there are new handy ways to perform everyday tasks and control your smart home

For example, you can receive notifications when a smoke or carbon monoxide detector goes off and check the temperature and humidity in a room, all without using your hands. 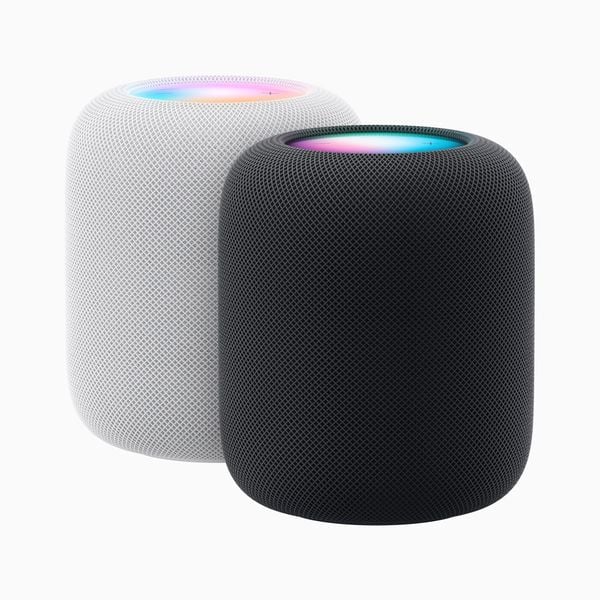 Sound should not be underestimated

All that cleverness of the HomePod is, of course, very convenient. But we are also very curious about the sound. Apple has developed a special woofer for it. It also has a built-in bass EQ microphone and five bundled tweeters around the base. That sounds like music to our ears.

Combined with software and a special system detection technology, the S7 chip enables even more sophisticated computational audio. Technology allows the device to estimate space by recognizing sounds reflected in the environment.

For example, it knows whether it is set up against a wall or free-standing, then adjusts the sound in real time. 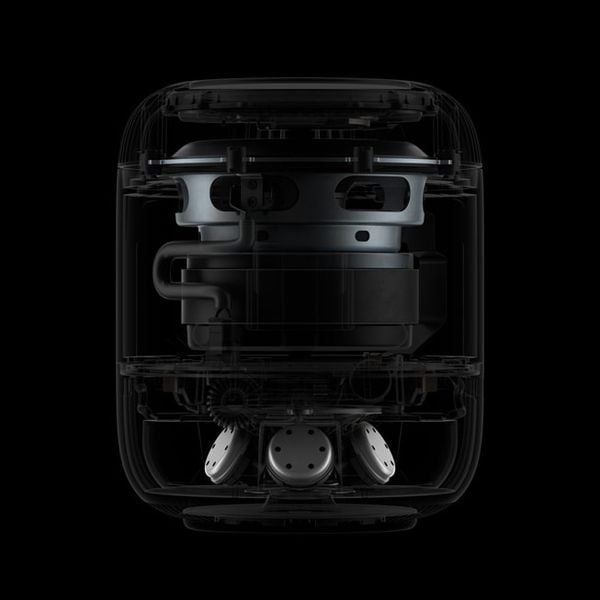 Nice integration with the Apple TV

The fact remains that the HomePod is a nice addition if you are already in the Apple ecosystem. For example, the smart speaker can be easily paired with Apple TV 4K to create a home theater. Moreover, with Siri, you control your Apple TV completely hands-free.

And thanks to Apple TV 4K’s eARC support, you can then use the HomePod as an audio system for all devices connected to the TV. 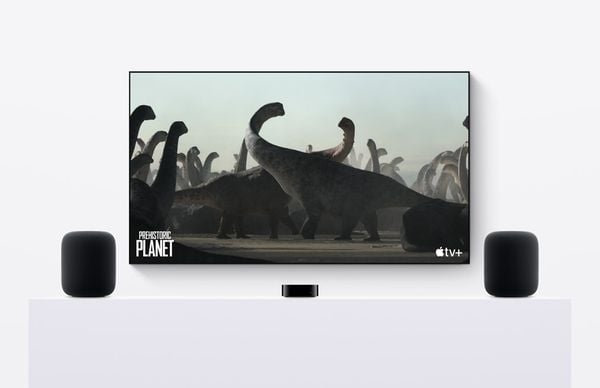 Two HomePods can also be connected together. (Image: Apple)

The HomePod isn’t even very expensive

So we’re very curious about Apple’s smart speaker and in all honesty don’t even think it’s that expensive for what it can potentially do. The device can be ordered on Apple’s site starting today for EUR 349 and will be delivered starting February 3.