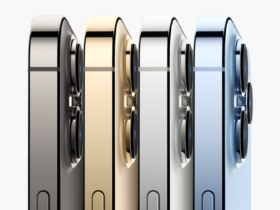 If it’s up to Apple, Tap to Pay is coming to the iPhone. The company is testing the new way to pay in a special location: Apple Park.

Tap to Pay is to be the new trick of the iPhone. This makes it possible to make a contactless payment without the need for any other hardware. It goes from one iPhone to another by holding them near each other. The company is already testing it in its own Apple Park.

Tap to Pay on the iPhone

The feature is scheduled to roll out in the United States later this year. Therefore, it seems likely that we can expect this feature in Europe in due course. The new way of paying means that store owners do not need any other hardware such as an ATM. Customers can pay by using their debit card or their gadget with NFC chip by holding it near the store owner’s iPhone. This is done through specially supported iOS app.

Apple is currently testing the feature at Apple Park, and the Visitor Center to be exact. The Apple Store there is already working with the technology. We can see exactly how it works through a video that appeared on Twitter.

Store owners don’t have to have the latest phone to receive payments. This requires an iPhone XS or newer. Now, business owners still need additional hardware to connect to their phones such as a special reader. They plug this into the iPhone via a Lightning cable.

The Apple Park Visitor Center is one of the only apple retail stores in the US to support contactless pay straight from an iPhone. Awesome to see in person! pic.twitter.com/GiFDiL56OO

Apple is partnering with Adyen

When Apple first introduced the feature it only had Stripe as a partner. Now it has found another one and it comes from our country. For example, it is now working with Adyen. The Dutch company is going to work with business customers and trading platforms. This will allow more companies to start using Tap to Pay.

The big question, of course, is when we can expect Tap to Pay. Still, a release doesn’t seem to be very far away, as Adyen has been brought in. Nevertheless, Apple has not yet given a release date