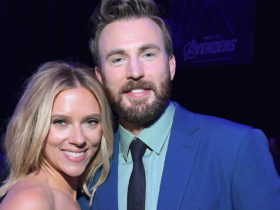 Apple has rolled out the third beta version for developers of iOS 16. In addition to a number of new features and improvements, this version has even more to offer: the return of an icon.

Anyone interested in a legendary clownfish on their iPhone’s home screen?

Iconic clownfish returns on your iPhone

When Apple introduced the very first iPhone in 2007, it carried a background with it. That background featured a clownfish in the water. However, despite being used in the announcement, the background was not found on the device when it hit the market.

Fifteen years later, consumers still seem to have the chance to use the background. In fact, in the third version of the developer beta of iOS 16, the software coming later this year for the iPhone, it returns. At least, that’s the message we’re seeing pass by on social media.

THEY BROUGHT BACK THE FISH IN IOS 16 BETA 3 pic.twitter.com/6mPZti3GlW

The iconic clownfish could be a fun Easter Egg from Apple. With this, the company could, for example, celebrate the fifteen-year anniversary of the iPhone. Will you use the background?

At the same time as the iPhone 14, iOS 16 is expected to be released in the fall of 2022. During WWDC 2022 we already got a good idea of what exactly the operating system has to offer consumers. Of course, you’ll be able to discover it all for yourself on your iPhone at the end of this year, although you won’t have immediate access to all the features.

Which functionalities these are exactly we make clear in the above article. There we have listed five features that we are very excited about, but which will not be available immediately. Think for example of functionalities such as Live Activities and the next generation of CarPlay.

Want to stay up to date with all the developments regarding the iPhone and iOS? Make sure you keep an eye on this page.