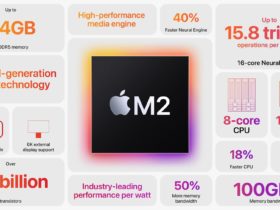 Gurman, who works as a technology journalist at the American Bloomberg, made the prediction in his weekly newsletter Power On. Although he talks about more things than just the faster processor.

When exactly it will come Mark Gurman doesn’t know, but that the new MacBook Air will appear in 2022 is certain. In his weekly newsletter, the journalist does not discuss a fixed launch date, but he does come up with a prediction for the specifications of the device. Apple will put a significantly faster SoC in the laptop. 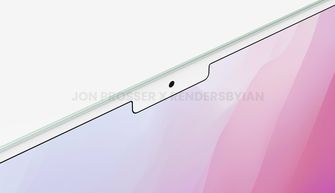 A notch here too (Image: Designsbyian)

According to Gurman, the MacBook Air (2022) will get a new M2 chip. This model will be a big step up from the M1 chip, but the question is to what extent the SoC will hold its own against the new Pro and Max of the MacBook Pro. Gurman does think consumers will have the option to opt for a 10-core GPU at most, though he doesn’t have a prediction on the CPU yet.

Just like the MacBook Pro, which came out last year, the new MacBook Air will also feature an updated design. White bezels will surround the display which, unfortunately for some people, features a notch. That notch will, if all goes according to plan, also be white in color. The display itself may make use of miniLED technology, but omit ProMotion.

The new 2022 MacBook Air will also reportedly drop the Air name, giving us a new ‘MacBook’ for the first time since 2019. Then again, those are all predictions. What the new laptop will actually offer us, the year 2022 will tell us. Just a little more patience, then.