Good news for anyone trying to buy an iPhone 14 Pro

Nokia: first the absolute figurehead for global telephony, anno 2022 a particularly small player. Since the smartphone has taken over, the Finnish company is almost nowhere to be seen. But that has more to do with success than anything else.

In Europe, it’s not just that Nokia’s smartphones are simply not successful anymore. The devices are no longer sold at all in very many countries. Something for which there is a very good reason.

Germany, France, Italy, Spain and Switzerland: these are examples of a number of European countries where Nokia’s smartphones are no longer allowed to be sold. In fact, even in Finland, the brand’s native country, it is almost impossible to purchase a phone. This is not because of lack of success, but purely because of a legal battle.

HMD Global, the company that has owned Nokia since 2016, is in a legal battle with a company called VoiceAgeEVS LLC. That company offers Enhanced Voice Services (EVS). This is a standard audio codec used for VoLTE when making calls over an LTE network. HMD Global, according to the company, does not have a license to use that technology, but so it does. 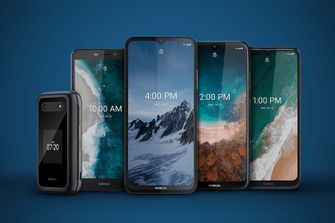 The result is that, for exactly that reason, the company is therefore no longer allowed to sell its smartphones in certain countries. Not in Germany, not in Spain and not in Finland either.

Wait a minute, do they still exist?

The success is not great, but we can say that it is pretty impressive that Nokia is still a player. Despite the fact that many people don’t even know the company is there anymore at all, it does still produce a lot of new products.

For example, recently this television could be found on the market quite cheaply, Nokia announced extremely affordable smartphones, and it is returning to old habits.