The Samsung Galaxy S22 looks set to be the first major smartphone release of 2022. At least, in Europe. But when can we actually expect the new flagships?

Until now we have always taken into account an announcement in February, but an exact date was not named in the corridors. That has now changed.

When will we see the Samsung Galaxy S22?

A few weeks ago it became clear that the Samsung Galaxy S22 was coming. Rumors and leaks surfaced more and more often, and the news in question became more and more concrete. By now it is clear what the new flagship series will look like and what it will largely have to offer. All we need now is confirmation. 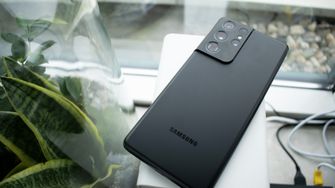 Phantom Black in all its glory! (Image: Mark Hofman / WANT)

That this confirmation would come in February was already clear for a while, but now we also know on which date. Of course we have to take the news with a grain of salt, because it does not come from an official channel. The Samsung Galaxy S22 will therefore remain a bit of a secret. However, the South Korean website DDaily reports that February 8, 2022 is the real date.

When can it be ordered?

So the Samsung Galaxy S22 series may see the light of day on February 8, 2022. But when can we get our hands on it? According to DDaily, Samsung will start pre-orders on February 9, one day after the announcement. From that moment on, the devices from the series can be ordered. If you have done that, your new Samsung Galaxy S22 will be shipped on February 21. The phones will actually be in the stores from February 24.

As indicated, the news does need to be taken with a grain of salt. DDaily is a pretty big name in South Korea, but officially not part of Samsung. So these are just rumors. Would you rather delve into a smartphone that has been officially announced? Then be sure to check out the article above!