WhatsApp behind the wheel? That could cost you your driver’s license in Belgium!

Hackers have unfortunately gained access to some accounts of users of the Norton Password Manager. That manager is part of NortonLifeLock. The company indicates that this incident is not due to a security vulnerability in the platform. But then what is it due to?

Well, BleepingComputer reports that it is due to the use of third-party services. So it’s not like all users are affected by this hack. Those who do have to deal with this recently received an email from NortonLifeLock. In it, everything is explained by the provider.

This is a so-called credential stuffing attack. When a hacker performs such an attack, they use already collected credentials from other sources. This is especially dangerous for those who use the same password and email address everywhere. 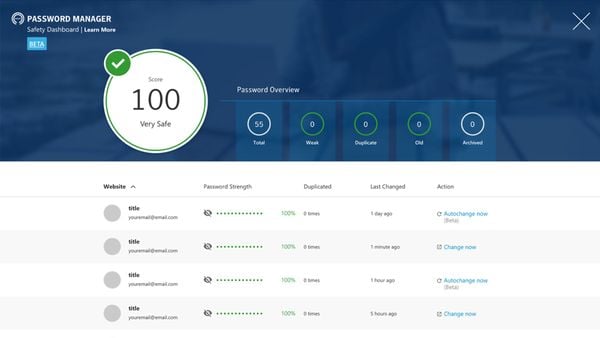 A screenshot of the Norton Password Manager (Image: Norton)

Through websites like haveibeenpwned.com, you can check if your login credentials have been captured somewhere. If that’s the case and you know you’re using the same password elsewhere as with that compromised account? Then you would do well to change those passwords everywhere. Using a unique password, of course.

Many users affected in this hack

In total, nearly one million active and inactive accounts are involved in the Norton Password Manager hack. Hackers may have access to a variety of online accounts as a result, since a password manager is used to store passwords. For now, keep a close eye on your mail. And if you don’t trust something, change your password or set up two-step verification.

Norton Password Manager has at least reset the passwords for the affected accounts and taken measures to prevent further problems. The attackers may have further accessed or captured data such as your first and last name, phone number and e-mail address.