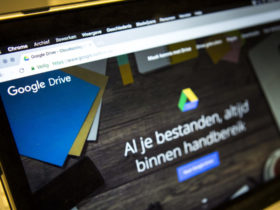 The best Google Chrome extensions that survived the pandemic

Netflix is coming to Apple TV+ with a new feature. You may know the feature from the mobile version of the app.

Netflix of course brings very many movies and series and nowadays also focuses on games. Yet you can do much more with the streaming service. Perhaps on your cell phone you already make use of the Fast Laughs feature. Soon you may see the feature on the app for Apple TV.

If you use Fast Laughs on your Netflix mobile app, you’ll be shown short videos that last up to 30 seconds. In them, you’ll see a funny moment from a Netflix movie or show. As the name suggests, this should quickly put a smile on your face.

The feature now appears to be coming to Apple TV reports The Verge. Netflix is testing the new feature with several users. It is still in the beta version, so it is not available to everyone. To make use of it, select the feature if you are among the lucky testers. If you then scroll all the way down on the homepage you may see the clips appear.

Unfortunately, you won’t see Fast Laughs in the Netherlands yet. Netflix is slowly rolling out the feature across English-speaking countries like the United States, Canada and the United Kingdom. If you use a VPN for the streaming service, you might see it.

Netflix already came out with another new feature this month that finally fixes a major frustration. It tackles the Further Viewing queue. The titles in it previously lingered for weeks. That in itself is not so bad, but it is if, for example, you are tired of a series after just one episode. You do not want to watch it all the time. You can now remove these titles more easily. Read more about that here.