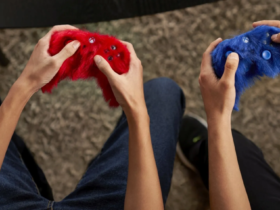 Where this year Europeans could not wait for the arrival of FIFA 23, in the United States the roof is going off for NBA 2K23. A title that, thanks to the success of recent years, is also being welcomed with enthusiasm in our continent.

The big question, however, is NBA 2K23 really a game worthy of that enthusiasm? For WANT editor and NBA fan Mark Hofman certainly, although the microtransactions are really starting to get completely out of proportion.

My fledgling love for NBA 2K

I completely understand if our readers don’t have a whole lot to do with NBA 2K23. The games were also completely unknown to me until two years ago. Until former editor-Jelle started telling me about it and recommended that I really give the game a try.

I’m not ashamed, but it is a little embarrassing: the hours I put into MyTeam last year easily go over a hundred. And I really don’t regret it for a second.

So you can imagine that I was itching to go wild with NBA 2K23 and do the whole joke all over again.

As a big fan, I am largely satisfied with NBA 2K23, but there are a few things you as a consumer, before you purchase the game, really need to know.

Tip of the hat: if you hate microtransactions, you can stop reading already. 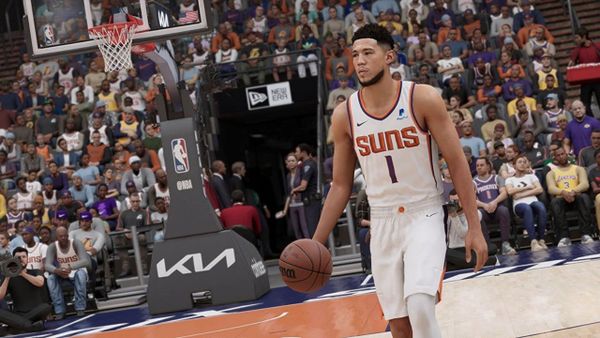 #1 Your own adventure in MyCareer

The big adventure within NBA 2K23 is MyCareer. It is the mode in which you follow the storyline of MP: a first-round pick in the NBA draft who has a great rivalry with Shep Owens while also keeping his followers happy on social media. Because yes, this basketball star is also an influencer.

There’s nothing wrong with that, but it makes sure that basketball isn’t the only thing you’re doing. You’re trying to explore The City, the playing field, on all sides. In NBA 2K23, then, you’re busy with fashion, music or a thousand other side quests that go along with it.

Personally, I can really enjoy a career mode in a sports game and so I am very satisfied with MyCareer in NBA 2K23. Even though the characters from the previous installment have been revived, so I occasionally have a little trouble following the story.

#2 MyTeam: make your dreams a reality

The principle is the same: you assemble your own team, complete assignments, play matches and, through this, collect enough coins to buy new players.

I like the NBA 2K23 variant of the concept better than FIFA because it comes with a little more challenges and special assignments to develop your team faster. For example, I already started my third game with Michael Jordan, Giannis Antetokounmpo and Joel Embiid in the starting lineup. Still nice. 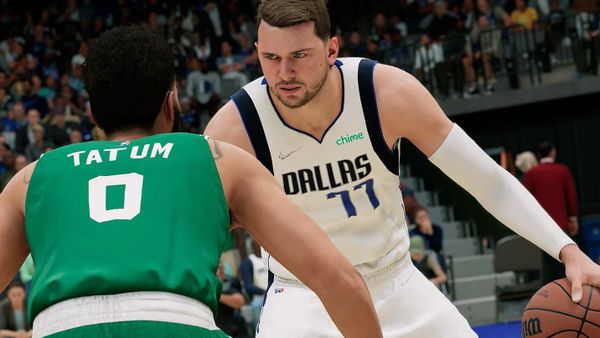 To be fair, it does take you a very long time. Whether you like it or not, you’ll be swept along by the time-consuming train that constantly rumbles along. A day not played is a lot of things missed, which means you will soon be behind other players. Something that, if you are serious about giving the game a chance, you really don’t want to have.

MyTeam is therefore a mode that you really play a lot for a long time, but after a short break you will probably abandon.

NBA 2K23’s biggest addition is The Jordan Challenge: a new game mode that is a fantastic ode to Michael Jordan. You reenact key moments in the career of the best NBA player of all time and get to know more and more about the athlete’s doings.

I have to say quite honestly that this is a fantastic addition. Developer 2K has managed to accurately convey the atmosphere from the times you play in, which makes for a pretty unique experience. An incredibly fan-pleaser for basketball fans and a powerful introduction to the NBA for gamers who are new.

In addition to the above three modes, it is also possible to play “just” games. This can be done both online and offline and provides an enjoyable experience for anyone who simply wants to play basketball digitally.

No matter what exactly you want: chances are Play Now offers it. Existing teams, teams from the past, teams from the WNBA, own leagues or loose on street courts: it’s all possible.

So far, it sounds incredibly positive and that is certainly how I experienced my time with NBA 2K23. Provided I looked through the hassle of what people call microtransactions. Tricky, because it really is everywhere.

When booting up the game you get a VC offer thrown in your mike immediately. Developing your player in MyCareer is almost impossible to do without purchasing coins. Developing a powerful team in MyTeam to keep up with the rest of the players online: practically impossible.

While MyCareer in the first year caused me to become a fan of the games, NBA 2K23 causes dislike. Developer 2K gives you the option to do without VC, but it’s not realistic. The City is full of great components that you can do almost nothing with without spending extra money. Unless you want to play 15 games to buy one shirt for your character. 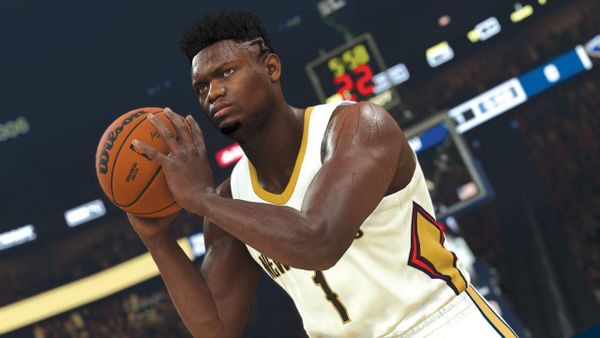 Too bad, because NBA 2K23 can call itself the best sports game of 2022 in terms of look and gameplay. There is no game as complete, no gameplay as smooth and no experience the same.

However, you have to be such a big NBA fan to have the patience. The general gamer is probably not going to be happy about this. Provided you love getting started with Play Now and The Jordan Challenge, then you’re in for a treat and get through life without microtransactions.

Personally, I will probably put a lot of hours into NBA 2K23 again, but if 2K wants to continue this line they better make it a free-to-play game.