If you’ve been playing Call of Duty: Warzone for any length of time, you probably have fond memories of Verdansk, the game’s original map. That has been replaced by the map Caldera with the arrival of Vanguard.

Should you ever have hopes that Vanguard will return in Call of Duty: Warzone, we unfortunately have some bad news. According to Josh Bridge, who works as a creative lead at Raven Software, that’s not going to happen anytime soon due to a technical issue.

Call Of Duty: Warzone won’t be getting Verdansk

During a stream, he reportedly spoke out about the Verdansk map in Call of Duty: Warzone. This has been picked up again by website CharlieIntel. Bridge is said to have said that he and the team are very happy to bring the map back into the game. But that so there is a technical problem. The install and reinstall file sizes would become bizarrely large. And that is actually already a problem. If you would then throw in an extra folder, it would be a total drain on your hard drive. The alternative would be to swap Caldera for Verdansk, but then you would have to download the game again. 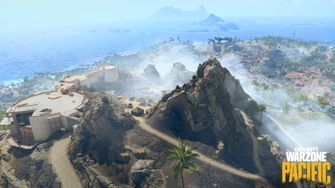 And every time the creator wants to make such a move, it would result in players turning their backs on the game. So a change like this in Call of Duty: Warzone would mean for the developer that fewer gamers would play the game. People would not be willing to waste time downloading the game. And fewer gamers would therefore mean less revenue. Obviously, the company doesn’t want that. So in that respect, there is little chance that the map will ever come back.

Perhaps in the future

Still, there would be another option. Currently, work is being done on Call of Duty: Warzone 2. The game should come out at the end of this year and replace the current game. With the new title it is possible that there will be technical improvements and that you will need less space to download the game. And therefore such a map combination could be a possibility.