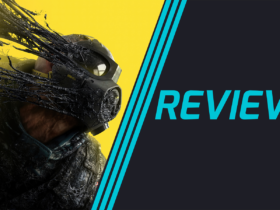 Rainbow Six Extraction is the ideal game to play with friends

There is confusion among Xbox Game Pass subscribers. A screenshot was shared on social media clearly showing that Elden Ring, the best game of the past year, would be playable. Once inside the service itself, however, there is no trace of the title.

The big question everywhere is: where did the screenshot, which was real, actually come from and is the game playable or not? I grab my magnifying glass, put on a weird hat, and like a true Sherlock Holmes, go investigate. (Sounds impressive, not that bad.)

Elden Ring to be on Xbox Game Pass or not

Game enthusiasts who went to the Microsoft Cloud Gaming (beta) website this week came across a very notable title. Among the games available for the Xbox Game Pass, suddenly Elden Ring could be found. Screenshots flew across the internet like mad and managed to leave a lot of subscribers full of enthusiasm. Although the title is still not among the offerings on the service itself.

Unfortunately, this was an error. Microsoft revealed to Eurogamer that there was a bug in the system, which caused certain titles to show up wrongly among the offer. All references to Elden Ring have since disappeared, BUT!

Here it is (Image: Klobrille)

GamesCom, Europe’s largest game show, is about to begin. Microsoft is in full attendance and even revealed earlier that it is making some necessary changes to the Xbox Game Pass. For example, consumers can stream certain games via Cloud Gaming, even if they are not part of Game Pass. Given the screenshot, the chances of Elden Ring being among them are pretty high.

What about Grand Theft Auto V?

In addition to Elden Ring, the title Grand Theft Auto V also surfaced last week. While surprise at the first title is quite high, there was a little less enthusiasm about the second. Of course it’s fun to play the game from 2013 again extensively, but it’s a game from 2013…

Meanwhile, this name has also disappeared from the catalog and practically the same thing applies. There is a chance that we will hear more at GamesCom 2022. We’ll wait patiently.

Entertaining yourself with some other games in the meantime? Below we list some cool titles for you!