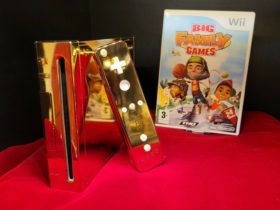 Queen Elizabeth’s golden Wii is for sale, will it soon be yours?

In October 2020, we were presented with the game Watch Dogs Legion from Ubisoft. It is the third installment in the series, which revolves around hackers. After Chicago and San Francisco, you now got to work in London.

While Watch Dogs Legion certainly had its charm and it was fun to explore London, it was never really a bruising hit like, say, GTA 5. Partly for this reason, the decision has now been made to stop providing the game with updates.

On their own blog, Ubisoft has announced that the 5.6 Update that recently rolled out is the last update for the game. Since January 22, the fifth season has gone live in the multiplayer and that is also the last time players of Watch Dogs Legion can expect new content. As of now, nothing new will be added. By the way, the servers will not be taken offline yet. In the coming period, the developer has decided that in the online part of the game, seasons 3 to 5 will be repeated. So after this fifth season you can go wild with season 3, after which season 4 will go live and you will end up with the fifth season again. In this way, you as a gamer still have the opportunity to unlock various things you missed. 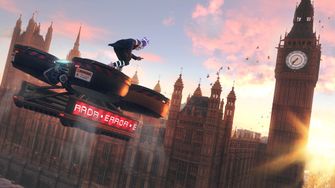 On their blog, the creators of Watch Dogs Legion thank the gamers who played the game. It started with the in-game story, after which you could later get started with the multiplayer. Several expansions were also released, giving you something new to do each time. This was in addition to the ability to recruit and play with anyone you encounter in the game.

Future of the series

In short, a lot has happened in the time since Watch Dogs Legion was released. Still, it remains to be seen where the future of the series lies. The game was entertaining, but not the top game we might have hoped for. Whether a new installment can achieve that, of course, remains to be seen.