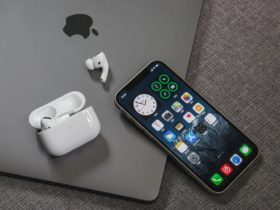 iOS does have a very notable bug that affects Spotify

Apple is all too eager to sell you a new iPhone 13. To do so, the company has now created two new advertisements.

The iPhone 13 naturally belongs in the top segment of cell phones. Apple’s smartphones are therefore eagerly sought after, but that is of course not enough for the company. It still wants to sell a lot of them. To do that, it is now releasing two advertisements to showcase strengths of the phone that are often somewhat underexposed.

The first iPhone 13 ad is about waterproofing and is called shake. In it, we see a woman sitting at the edge of a pool with her dog. Her faithful four-legged friend takes a dip and then shakes out, right over the iPhone. The commercial is meant to show that the device is waterproof. In doing so, it writes, “Relax, it’s an iPhone”.

The second advertisement for the iPhone 13 focuses on sturdiness. The device lies on the edge of the table while a call is made. The smartphone starts to vibrate and you guessed it: the device falls to the ground. Then a clap can be heard and we see the same text again, which was already present with the water jar. With this, the company wants to draw attention to the Ceramic Shield, which protects the phone.

The “Relax, it’s an iPhone” advertising series is not entirely new. Apple previously used the slogan for the iPhone 12 for other features of the iPhone 13.

It’s nice that the iPhone 13 can take a beating, of course, but better to just not drop it at all. Then you can also enjoy all the other features that Apple’s phone has to offer. If you want to know all that, read the review by Mark who extensively scrutinized the smartphone. You can find it here.