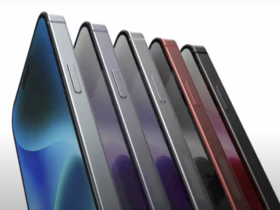 Apple TV+ obviously doesn’t come out with new series as often as Netflix, but there’s plenty in the pipeline. We tell you what to expect.

Apple TV+ doesn’t have many new movies and series, but what comes out is often of good quality. In the meantime, then, there are a number of gems on the streaming service such as Ted Lasso and For All Mankind. Apple TV+ is therefore hoping for new big successes and will soon be releasing a number of new big movies and series. We tell you what to expect in the near future.

Central Park is Apple TV+’s acclaimed animated series. The show that features a lot of singing is getting eight new episodes. The first three can be seen starting March 4. After that, a new episode will follow each week. Once again we see how the Tillerman family lives in Central Park and has its own personal problems.

On March 4, another well-known Apple TV+ show gets a new season. Well-known and inspiring people receive letters from fans. Through this they learn what impact they have on people. In this season, we see Malala Yousafzai, Jane Fonda and Billy Porter, among others.

In this Apple TV+ series, we see Samuel L. Jackson as Ptolemy Grey. He plays a man who is forgotten by his family, friends and even himself. In all this loneliness, he becomes increasingly demented. He is assigned to care for teenager and orphan Robyn. Together they learn about how to restore Ptolemy’s memories. This provides the shocking truth about his past, present and future.

WeCrashed was once the most promising Start-up. Yet everything went completely awry. A podcast was made about what happened and now it has been filmed. The miniseries features none other than Jared Leto and Anne Hathaway in the lead roles.

Based on the book of the same name, Apple TV+ comes out with this special international series where Korean and English are spoken in addition to English. This series is about a forbidden love in a Korean family living in New York. There are some big Korean names participating.

This spy drama on Apple TV+ stars none other than Gary Oldman. This first season of six episodes is based on the first book in the Slow Horses series and it follows a team of British secret agents.

What does it mean to be a woman in today’s times? In Roar on apple TV+ we see the stories of normal women that are a mix of magical realism, professional and sometimes a bit comical. The story is based on the book of the same name by Cecelia Ahern, which contains a series of short stories.

Magic Johnson is one of the most iconic basketball players ever. In this four episode documentary, you get an even better look at his life and career. It promises to be an extraordinary portrait on Apple TV+.

This metaphysical thriller on Apple TV+ is produced by Elisabeth Moss who also has the lead role. She plays an archivist at a Chicago newspaper whose journalistic ambitions have been halted by a traumatic event. Together with a reporter, she sets out to find the person who caused her trauma.

Tehran is also getting a new season on Apple TV+. Of course, we will see Niv Sultan back again. She plays a secret agent of the Israeli secret service who is present in Tehran. In doing so, she puts her friends and family in considerable danger.

This Apple TV+ series features both Spanish and English spoken. This show explores the differences between young ambitions and the realities of adulthood. The series follows a group of college friends. 20 years later, we see them again.