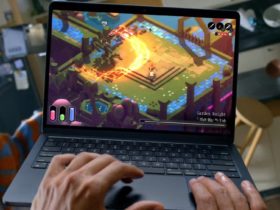 Are we getting this? M2 MacBook Pro leaves standard Mac Pro behind

Last week was the day: Netflix Co-CEO Ted Sarandos confirmed a cheaper subscription with commercials. But are we actually waiting for that?

I’m happy to put the answer to that question to you in this brand new Weekend Poll.

For the first time in a decade, Netflix is seriously losing subscribers. This is partly due to the high price it charges, but also to the content it creates. In this article, I go into a little more detail about the whole story.

Brings me to the question of to what extent the Dutch consumer is waiting for advertisements. A price difference is unfortunately not yet known, but it is an interesting to see that Netflix is sitting with the thought of introducing it. Because let’s be honest: the streaming service has always proclaimed that commercials would never become part of the service. What do you think?

Last week, unfortunately, there was no Weekend Poll, but that week before, we asked about the MacBook. Countless rumors went around about different sizes for laptops from Apple. A great time to ask our community what exactly the ideal size is for them.

“I’m very enamored with the 13-inch MacBooks myself,” user Sjoerdl let us know. “Since the arrival of the M1, they are also fast enough to be used as a ‘daily’. That used to be one of the reasons to buy a 15-inch anyway.”. User gamebook, by the way, is in the middle. “To work on a 16-inch, but to take with me a 13-inch Air that fits in the safe of my camper”.

We’ll share the results of today’s Weekend Poll next week!